Art exhibitions of the Council of Europe 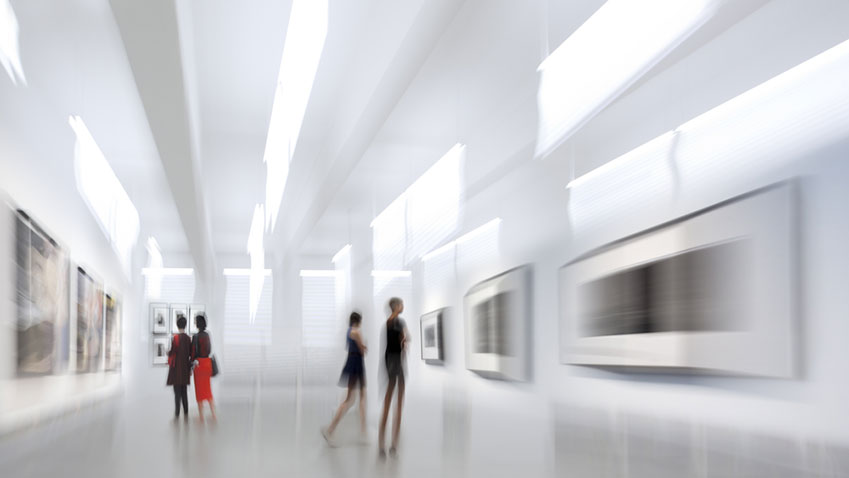 The Council of Europe series of art exhibitions began in 1954 with the aim to increase knowledge and appreciation of European art as one of the highest expressions of Europe's culture and common values. Over almost half a century the series has succeeded in illustrating most of the great epochs or the contributions of great personalities who left an indelible mark on their time.

The Organisation is reviewing its Exhibitions concept in view of enhancing culture and the arts as vectors of Council of Europe values in reply to current political and societal challenges.

For 50 years, Council of Europe Art Exhibitions have been illustrating the major historical movements, figures and events that have marked the history of European art: their main message being Europe and its unity.

Over the past decades, the Council of Europe priorities have increasingly shifted towards safeguarding European values - Democracy, human rights, respect for difference and diversity. These may need to be embedded in public institutions and policies but their ultimate strength depends on how firmly they are rooted in people’s minds.

Council of Europe Exhibitions shall increasingly contribute to the organisation’s wider social and political aims while at the same time retaining the excellence, scholarship, integrity and power of the previous series. New exhibitions and events may be conceived

The title for a new initiative could be “We, the others”. It may offer a genuine exhibition on “otherness” and, at the same time, associate events in member states to the initiative to make it a longer-term and impactful process, by building synergies and creating a network of like-minded institutions for inspiring co-creations.

In the past, the Council of Europe, together with a high-level group of consultants, assessed exhibition projects conceived by a relatively small number of major European cultural institutions, and offered a label and modest financial support to the best projects.

The new approach seeks the active involvement of multiple stakeholders, including the Council of Europe, in selecting, advising and promoting Exhibitions and events which represent wider thematic, geographical and curatorial interests. Employing contemporary formats with a focus on participation, sharing, networking and bridging producers’ and consumers’, amateurs’ and professionals’ roles will be part of the ambition.

Reaching out to a wider public

Previously, Art Exhibitions have been shown in one place over a period of time. Although many events have attracted millions of visitors, including young people on school visits, they have often remained confined to one particular locality at any given time. Starting from the 28th Council of Europe Exhibition, "Universal Leonardo", the exhibitions moved away from this model and consisted of several thematic events held in various European cities. The 30th Council of Europe Art Exhibition “Desire for Freedom” included events in Berlin, Tallinn, Milan and Cracow, stretching from 2012-2014.

To reach out to a wider public and involve new audiences, future Council of Europe Exhibitions and events will aim to tour several countries and spaces within those countries, will combine artistic, cultural, science and educational elements, use different artistic means and make optimal use of mobile, interactive and digital technology, in order to allow large participation by publics of all ages.