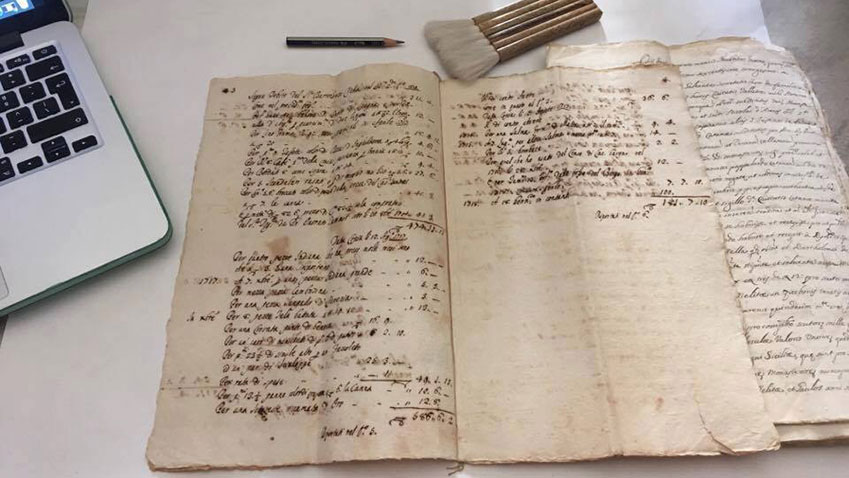 Discoloured papers containing copies of 17th century letters by Giovanni Pio de Piro, 1st Baron of Budach and 1st Marquis de Piro, have recently been made available online thanks to The Malta Private Archive Digitisation Project. Containing 600 items in which the baron discussed both business and his personal affairs, Archivum de Piro provides a unique insight into the Maltese culture of the time.

As such, the collection represents a valuable resource whose digitisation will help uncover the hidden histories of the island. The subtle work of photographing and scanning these fragile documents is carried out by Malta Study Centre at Hill Museum and Manuscript Library, which highlighted the project photos during the National Archives Week in October 2016.

As the country’s largest effort to systematically catalogue and digitise pre-19th century manuscripts scattered around private libraries on Malta, The Malta Private Archive Digitisation Project will help revitalise the island’s history in a unique new way. In order to reach this goal, Maltese heritage foundation Fondazzjoni Patrimonju Malti (FPM) partnered with Hill Museums &Manuscript Library (HMML) in Minnesota and made its first steps in November 2015, when it started digitising Sir Hannibal Scicluna Archive. The project was completed several months later, marking the start of a new era for documenting Malta’s history. Recognising the value of enhancing the digitisation effort, Fondazzjoni Patrimonju Malti representatives highlighted its power in an interview for Malta Today:

“Digitisation is a powerful technology which essentially converts information into digital format, ensuring the security of rare and valuable pieces of information whilst also making them accessible to a wider audience and generating a greater opportunity for learning. Many institutions have taken advantage of this tool, especially for educational purposes.”

As timeless resources, digitised collections can not only last longer than paper or any physical material, they also reach a wider audience. Digitisation of historic manuscripts from pre-19th century Malta will thus be one of the key strategies for preserving the island’s heritage, while shedding a new light on the dominant cultural, art and business affairs throughout history.