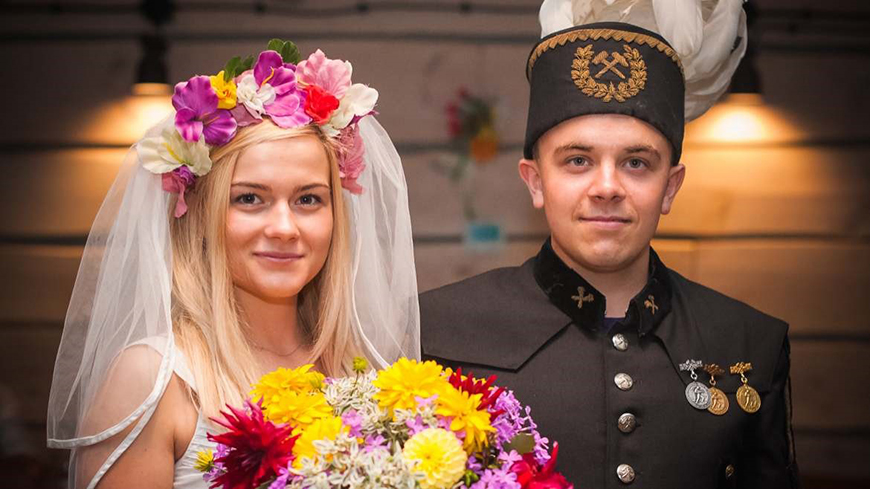 The village Pila-Mlyn (109 inhabitants) near Gostycyn in north-central Poland, had been confronted with socio-economic problems such as high unemployment and young people leaving the area and going abroad to look for work. The unfavourable situation of having no prospects for the future, were mainly caused by the lack of a strong secondary and/or tertiary sector, and the common belief that there was no potential in the historic sites located in the village. The latter, however, turned out to be the remains of unique underground brown coal mines from the period of 1886-1939- the only existing example in the North of Poland. Devastated by agricultural and forestry land cultivation though the years, the remains of the mines and the memory of the miners gradually started to disappear. When one of the building plots located in the village collapsed due to historic coal extraction, the local community decided to, first of all, ensure the safety of people and protect their houses from the influence of historic underground mines and secondly examine and protect the heritage. In 2008, a group of like-minded villagers established an NGO called BUKO. In 2009 archaeological research was carried out on the mines located in the nearby forest. From 2009 to 2011, national and foreign archives were examined to find enough information about the past of the first German, and then Polish mines. The first activities, which were supported under EAFRD, were carried out in 2011. They aimed to increase the level of knowledge on old crafts, social economy, tourism and to develop the personal skills needed to prepare local actors to establish a “thematic village” (2011-2012). In 2012, the development of a thematic village began with the establishment of an underground Eco museum. The numbers of tourists kept growing and further sites in the village were reconstructed and built using EU funding. Among others drift mine elements were reconstructed (2013), a nature and historical trails were established (2013), a pottery house was rebuilt (2015), and a permanent village conference tent was set up (2015). Thanks to heritage reuse and relying on EU funds (10 small LEADER grants projects) the project strongly benefitted from the support and contribution provided by local partners and - thanks to achievement of their first profit– a sawmill building was renovated (2015-2019) which is nowadays used by the local community as a gathering and conference place. The association enhanced local youth activity and involvement in the village life by providing volunteering opportunities (also through volunteers co-financed camps).

The main objective of the project was to change the economic situation of the village by using its rich history and industrial heritage. An important side-objective, which could be seen as a precondition for the project’s fruitful implementation, was to encourage locals to believe in the potential of their village.

Lack of faith in own skills of local community members especially in the field of tourism, storytelling and old skills rebuilding.

The village has developed into a tourist destination. Currently around ten previously unemployed people are employed to maintain the tourist attractions, seven of which are temporary posts related to the tourism season, and five full-time employment posts. The BUKO association itself has transformed from a group of active people into a social enterprise called “Brown Coal Mining Village Ltd.”. The association has commenced economic activities and has become a new tourist operator in Bory Tucholskie region. Nowadays (2018) about 8000 tourists visit the village and reused heritage and the number is rising year by year. Local authorities also noticed the potential of the heritage, efforts of local community members and growing number of tourists visiting the village and started cooperating tightly within the initiative supporting it with technical infrastructure such as new pavements, roads, coach bays and new running water lines. A small and partly forgotten and inactive village became a thriving tourist destination which is still developing.

This project presents a classic example of how the European level approach can mobilise and enable a local community to use regional resources effectively. The implementation of this project highlighted that the initial analysis of the local resources and the potential of a region have to be carried out before the start of any project.