Terrorism constitutes a real threat to democracy, the rule of law and the enjoyment of human rights. As such it must be countered through prevention and suppression by the member States of the Council of Europe. However, poorly implemented or overly Draconian counter-terrorism measures can be counterproductive. While law enforcement operations aimed at terrorists are necessary and justified, counter-terrorism measures should not go beyond what is necessary to maintain peace and security, nor should they subvert the rule of law and democracy in the cause of trying to save it.

The Council of Europe Committee on Counter-Terrorism (CDCT) (formerly called the Committee of Experts on Terrorism (CODEXTER) is the key coordinating body for the Council of Europe activities to combat terrorism. Building on the pioneering work of the CODEXTER, the CDCT’s primary objectives are to oversee and ensure the successful implementation of relevant Council of Europe legal instruments while also providing a means for international experts to analyse and respond to developments in the counter-terrorism area, including through international standard-setting.

The Council of Europe’s main international legal instrument in the counter-terrorism field is the 2005 Warsaw Convention on the Prevention of Terrorism.

An Additional Protocol to the Convention on the Prevention of Terrorism is designed to address criminal law aspects of the phenomenon of foreign terrorist fighters and returnees. The Protocol, which opened for signature on 22 October 2015 in Riga and entered into force on 1 July 2017, requires Parties to criminalise taking part in an association or group for the purposes of terrorism, receiving terrorist training, travelling abroad for the purposes of terrorism and financing or organising travel for this purpose. Based on the Additional Protocol, the CDCT also oversees a network to facilitate the rapid exchange of relevant police information for terrorist fighters suspected of travelling to or from member States.

The Council of Europe Counter-Terrorism Strategy for 2018-2022 based on prevention, prosecution and protection. The strategy is based on the Council of Europe legal framework and standards and sets out a series of actions and tools to assist Member States. Press-release

The Council of Europe is also currently developing means to facilitate more effective action against transnational organised crime (see the White Paper on Transnational Organised Crime) and the sharing of best practices and common approaches that are useful in the struggle against both organised crime and terrorist activity (see Malaga Conference).

The Council of Europe’s #NoHateNoFear campaign was aimed at online hate speech conducive to terrorism and violent extremism. 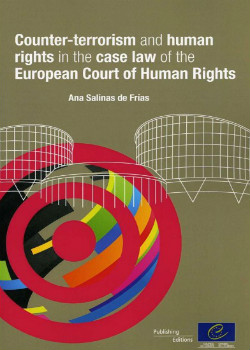 Counter-terrorism and human rights in the case-law of the European Court of Human Rights is a handbook on counter-terrorism with a special focus on due respect for human rights and rule of law. It compiles the doctrine laid down by the European Court of Human Rights in this field with a view to facilitating the task of adjudicators, legal officers, lawyers, international IGOs, NGOs, policy makers, researchers, victims and all those committed to fighting this scourge.

The book presents a careful analysis of this body of case law and the general principles applicable to the fight against terrorism resulting from each particular case. It also includes a compendium of the main cases dealt with by the Strasbourg Court in this field and will prove to be a most useful guiding tool in the sensitive area of counter-terrorism and human rights (See Online bookshop).