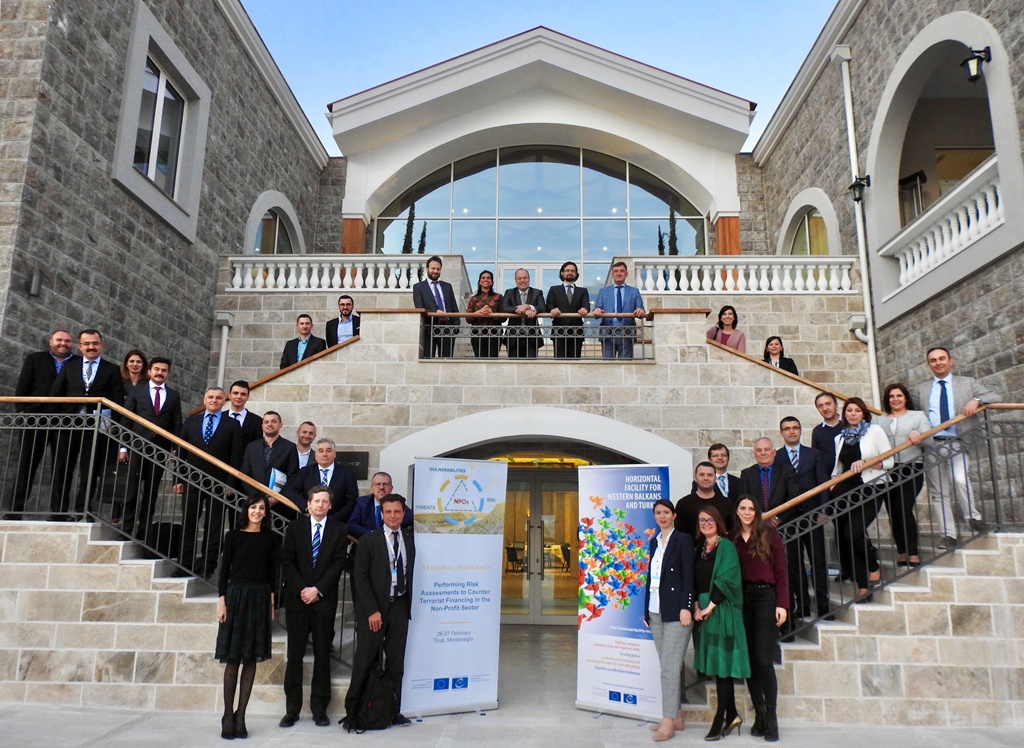 A two-day workshop on assessing terrorist financing risks among non-profit organisations (NPOs) was organised this week in Tivat, Montenegro, for representatives from the Western Balkans jurisdictions and Turkey. Attended by practitioners and policy makers, the workshop on “Performing Risk Assessments to Counter Terrorist Financing in the Non-Profit Sector” aimed at facilitating a common understanding of the standards and comparative practices related to terrorist financing, risk assessment methodologies, and oversight of the NPO sector. Assisted by Council of Europe experts, participants had the opportunity to explore how to apply relevant international standards, such as those from the Financial Action Task Force (FATF), in the design and conduct of terrorist financing risk assessments in the NPO sector within their respective jurisdictions. Furthermore, the participants discussed and compared best practices in developing supervisory policies and mitigation measures to address the risks identified by such assessments, as well as ways to reach out and raise awareness in the NPO sector.

The workshop took place in the framework of the joint European Union/Council of Europe Horizontal Facility for the Western Balkans and Turkey, with support for the Kosovo* participants provided by the EU/CoE Project against Economic Crime in Kosovo*(PECK II).

*This designation is without prejudice to positions on status, and is in line with UNSC 1244 and the ICJ opinion on the Kosovo Declaration of Independence.