Introduction of the new e-platform for asset declarations to civil society, state institutions and international organisations in Albania 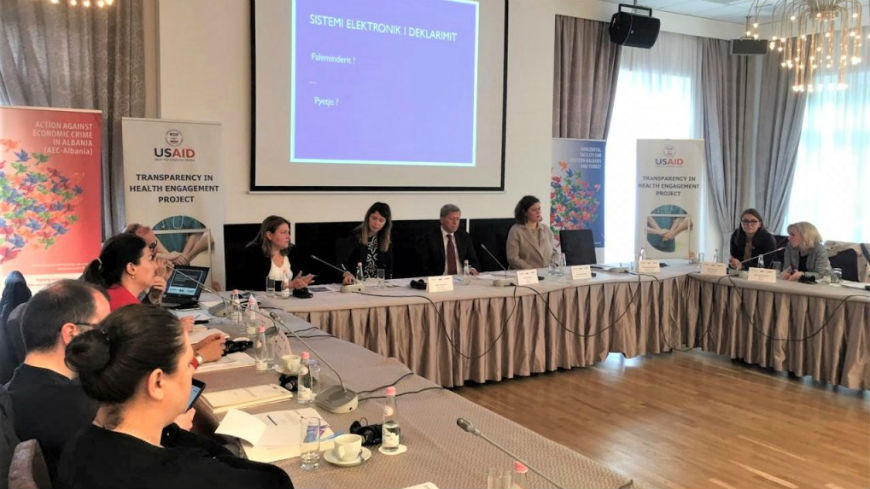 A series of roundtable discussions on “Introducing the new Electronic System for Asset Declaration and Publication” will take place in Tirana Albania on 13, 15 and 17 May 2019. The aim of the roundtables is to present and discuss the technical aspects of the electronic system with representatives of civil society, media, and other key players and main users of the system. The first roundtable on 13 May will be dedicated to the discussion with civil society and media organisations; the second, scheduled for 15 May, to state agencies involved with whom HIDAACI exchanges information, including the National Information Society and the Parliament; while the third, scheduled for 17, will cover diplomatic missions and other international organisations in Albania.

The new electronic system is expected to increase the efficiency and transparency of declarations, as well as support HIDAACI in verification of assets and financial obligations of the elected persons and public officials. At the same time, the system allows for real time publication of data regarding private interests which tend to be the topic of interest of specific groups and the general public.

This initiative is in line with the 2015-2020 Inter-sectorial Strategy against corruption and its Action Plan, the key priority 3 “Fight against Corruption” of the roadmap for the 5 key priorities of Albania's European integration process, as well as GRECO recommendations, requiring the strengthening of the regime and publication of declaration, and control of assets of public officials and conflict of interest cases.

This new electronic system is one of the key outcomes that AEC-AL has achieved in the last 2 years in terms of strengthening the capacities of Albanian institutions to advance the fight against corruption.