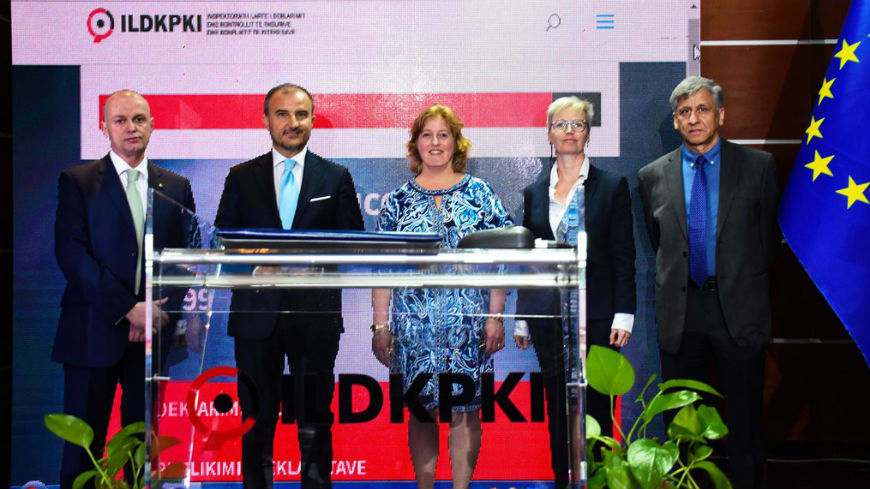 Through the Horizontal Facility Action against Economic Crime in Albania, the Council of Europe and the European Union in cooperation with the USAID have supported HIDAACI in the development and putting in place of this electronic system.

The Head of the Council of Europe Office in Tirana, Jutta Gützkow stated that the electronic asset declaration system enables for the first time in Albania the electronic declaration, processing and publication of assets of elected and public officials. It is an instrumental tool in addressing relevant GRECO recommendations, in supporting the implementation of key institutional reforms in the country, as well as in increasing citizen`s scrutiny and confidence on their institutions.

Ambassador Luigi Soreca, the Head of the Delegation of the European Union to Albania stressed that the establishment of an online asset declaration system is a first step in order to make verifications faster, more efficient and more transparent. He also pointed out that asset declarations have become an EU standard for candidate countries to prevent corruption and in this aspect, Albania is on time. He concluded looking forward to the first electronic asset declaration exercise in January 2020.

On behalf of the US Government, the USAID Mission Director, Mikaela Meredith underlined the importance of a fruitful dialogue between the watchdog institutions and civil society and media organisations who share a common goal in improving transparency, strengthening good governance principles, and protecting public resources from abuse.

The electronic declaration system is designed around the principles below to enable:

The process of establishing the new electronic declaration system will be followed by a series of training activities for the users and the public.