A delegation from the Ministry of Justice, the National Administration of Penitentiaries and the National Probation Inspectorate made a study visit to the Council of Europe 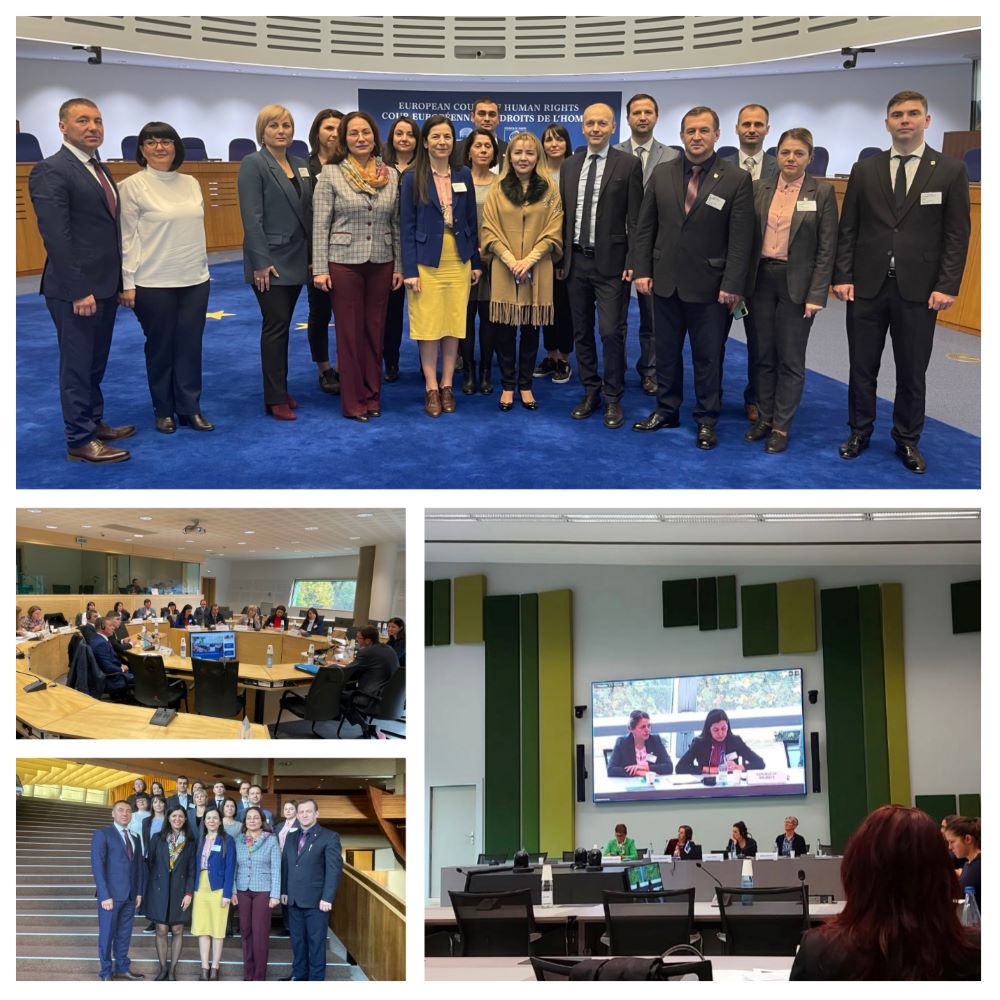 15 representatives of the Ministry of Justice, the National Administration of Penitentiaries, and the National Probation Inspectorate participated in a study visit to the Council of Europe headquarters in Strasbourg, France on 2-4 November.

The study visit allowed the participants to gain extensive knowledge on the working procedures and the case-law of the European Court of Human Rights (ECtHR), and on the standards of the European Committee for the Prevention of Torture and Inhuman or Degrading Treatment or Punishment (CPT) on the conditions of detention and healthcare in closed institutions. The participants actively engaged in discussions regarding the latest judgements of the ECtHR with respect to the Republic of Moldova, that deal with detainees’ rights, as well as the recurring shortcomings encountered in complying with the standards set out by the CPT, with a focus on those regarding access to healthcare, and the most effective ways to overcome them. The importance of executing the judgments of the ECtHR in the penitentiary field in order to ensure a higher degree of protection of detainees’ rights and to prevent further violations of the European Convention on Human Rights by the Republic of Moldova was also among the high topics on the agenda .

Moreover, the State Secretary of the Ministry of Justice, the Deputy Head of the National Administration of Penitentiaries and the Head of the Medical Directorate of the National Administration of Penitentiaries also participated in the Multilateral meeting on the COVID-19 pandemic in prisons and its impact on prison reform priorities, organised by the Cooperation in Police and Deprivation of Liberty Unit. The Meeting brought together senior prison administration officials and professionals from 14 Council of Europe member states and facilitated the exchange of experiences and lessons learned by the prison administrations of the countries represented, as well as good practices leading to a better implementation of the relevant Council of Europe standards in the context of a health crisis.

The activities were organised under the auspices of the Project “Strengthening the prison and probation reforms, provision of health care and the treatment of patients in closed institutions in the Republic of Moldova”, financed through the Council of Europe Action Plan for the Republic of Moldova (2021-2024) and implemented by the Council of Europe.