About the European Committee on Crime Problems (CDPC) 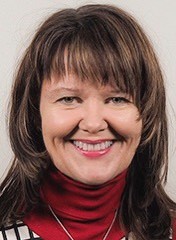 The Council of Europe, in particular through its Steering Committee (the European Committee on Crime Problems (CDPC), sets European standards and principles in a large number of binding and non-binding legal texts, identifies priorities for intergovernmental criminal law co-operation, and implements activities in the fields of criminal law and procedure, criminology and penology. Our effective intergovernmental co-operation on common and transnational criminal law and policy takes place in the broader European context, covering a full range of relevant areas including tracking, investigation, extradition, sentencing, execution of penal sanctions and measures, and rehabilitation of offenders.

Set up in 1958, the CDPC has elaborated a significant number of  conventions (many of which are also open to non-member States), recommendations, declarations, as well as studies and reports. In addition to its regular meetings, the CDPC also organises conferences on specific topics of interest in the criminal law field, amongst others the Council of Europe Conferences of Ministers of Justice.

To date, over 40 Criminal law Conventions were developed under the authority of the CDPC, as well as a large number of Recommendations in areas where it was not possible or necessary to adopt a binding legal instruments.

Further information about the mandate, current and past activities and publications of the CDPC can be found on its website: www.coe.int/CDPC

Among the topical issues of interest and concern in this field on which our Organisation is currently working are criminal law challenges posed by artificial intelligence, including self-driving cars; transnational organised crime; protection of victims’ rights; combating the illegal smuggling of migrants as well as criminal law responses to environmental crime.

The CDPC is assisted in its activities by two subordinate committees, for which it provides a coordinating, supervising and monitoring role:

The Committee of experts on the operation of European conventions on co-operation in criminal matters (PC-OC) and the Council for penological co-operation (PC-CP).