The right to a reasoned decision: Panel discusses meaning and prospects in Turkish law and practice 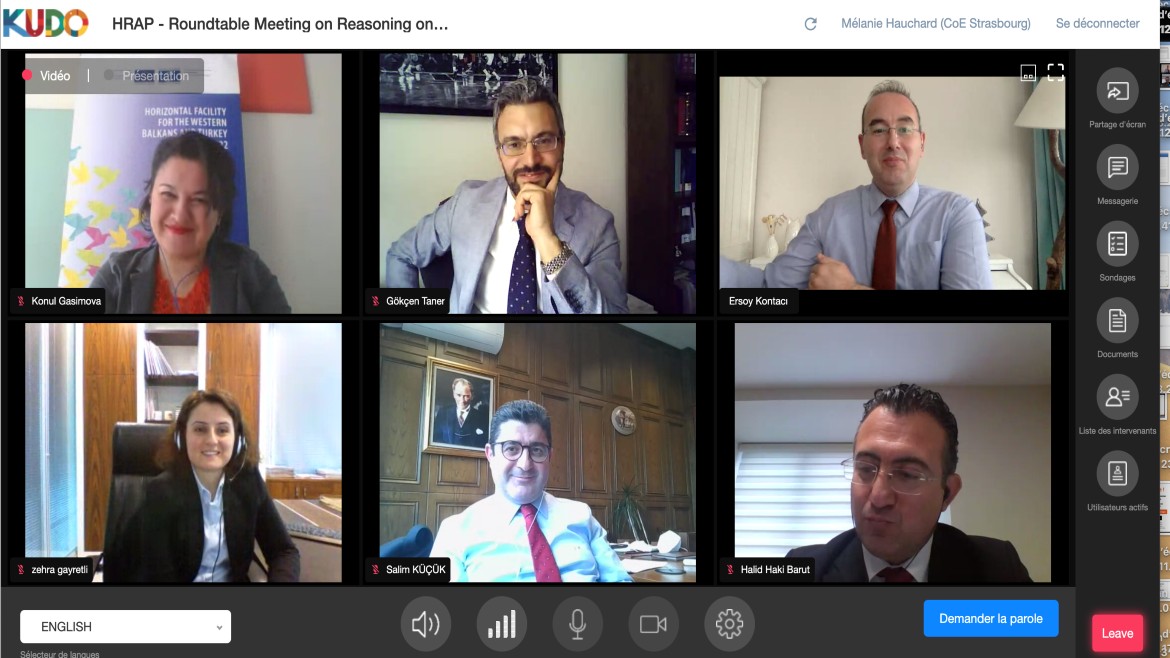 A key element of Turkey’s new Action Plan on Human Rights (2021-2023) is to ensure sufficient reasoning of judgments, which is reflected both as a stand-alone goal (2.2) and a cross-cutting theme. This echoes judgments of both the European Court of Human Rights and Turkish higher courts, which have all raised concern about inadequate reasoning encountered at various stages of procedure.

The right to a reasoned decision was also the main topic of a recent round table with experts and representatives of Turkish higher courts, which was held in cooperation with the Ministry of Justice of Turkey and with the support of the European Union. The online event helped to sensitise an audience of first and second instance judges to the various elements that are inherent to adequate reasoning, while encouraging a broader discussion on the means through which sufficient reasoning may be promoted in the future.