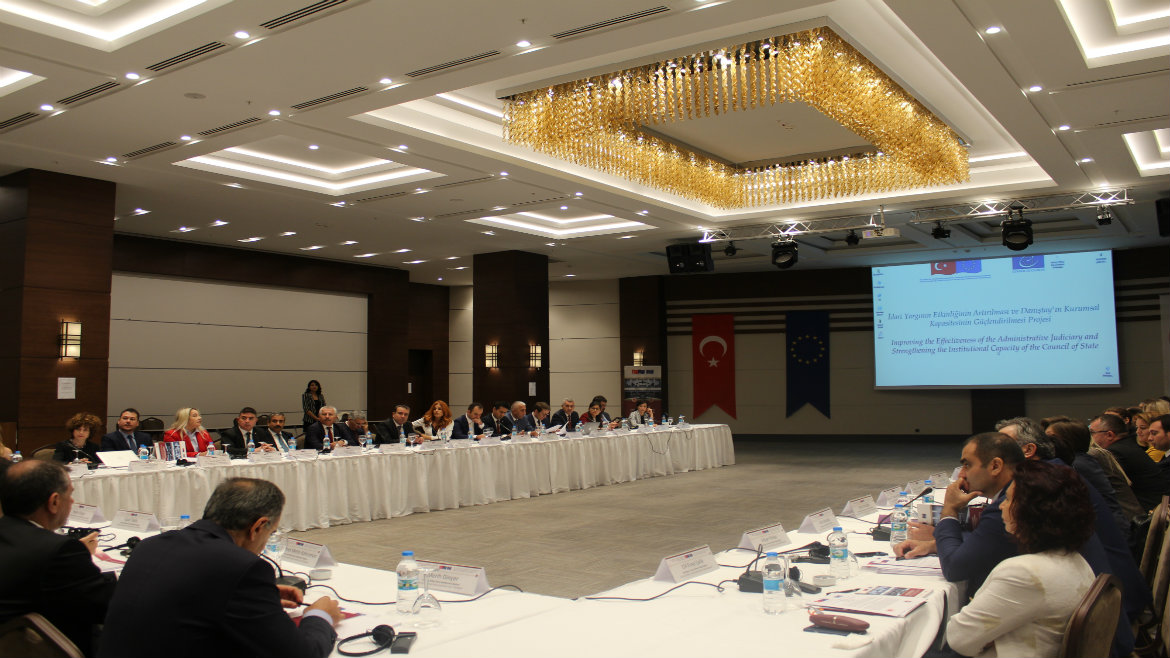 Solid steps are being taken within the Joint EU/CoE Project, “Improving the Effectiveness of the Administrative Judiciary and Strengthening the Institutional Capacity of the Council of State in Turkey”.

Following the inception phase of the project which has started in December 2018, the first meeting for the preparation of the “In-Depth Administrative Justice System Review” has been held in Ankara with the participation of The Constitutional Court, Council of State, Council of Judges and Prosecutors, Presidents and Members of Regional Administrative Courts, administrative and tax courts, representatives of the Ministry of Justice, Turkish Justice Academy, The Ombudsman Institution, national and international experts.

In the two days meeting, the experts of the Council of Europe has shared their observations regarding Turkey and also their experiences of some European countries, mainly the continental Europe, in the administrative justice field.

The meeting has been held to carry out a detailed assessment of the impact of the recent reforms of the Turkish administrative justice system in order to identify how the reforms can be further supported. It also explored how the workload of the administrative courts can be reduced, the quality of judgments improved, processes and procedures be streamlined, and mechanisms introduced to promote consistency across the administrative courts.

The Project “Improving the Effectiveness of The Administrative Judiciary and Strengthening the Institutional Capacity of The Council of State” is implemented by the Council of Europe (CoE) and funded by the European Union (EU), the Republic of Turkey and the CoE. The contracting authority of the Project is the Central Finance and Contracts Unit (CFCU) of Turkey. The start date of the Project is 21 December 2018, its duration is of 36 months, ending on 20 December 2021. After the Launching Conference held in April 2019, a number of preparatory meetings have also been realised.

The Turkish Ministry of Justice (MoJ), Directorate General for Legal Affairs, is the Lead institution and End beneficiary of the Project. Target groups include: The Ministry of Justice, the Council of State (CoS), first instance tax and administrative courts, Regional Administrative Courts (RAC), lawyers, Ombudsman Institution and related NGO’s and civil society organisations.