Remembering the Holocaust by rejecting denial and distortion 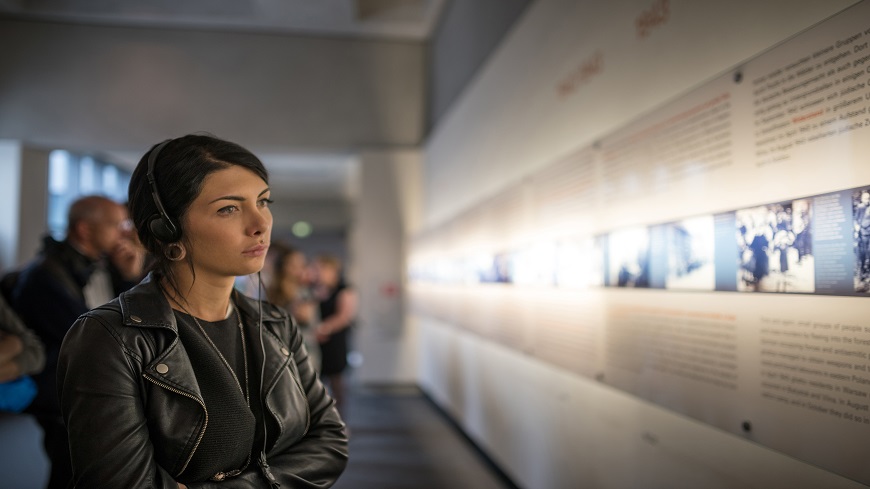 Year after year, reports warn against rising antisemitism in Europe. A particularly worrying manifestation of this phenomenon is the spreading of messages denying or distorting the Holocaust in the digital space. Such statements attempt to cast doubt on the existence of the Holocaust, its mechanisms of destruction or the intentionality of the genocide of Jewish people. They also try to minimise its impact or blur the responsibility of those guilty of the genocide.

“These manifestations are an insult to the memory of the millions of Jews and other persons persecuted and murdered during the Holocaust, undermine the foundations of our democracies and sow the seeds of destructive forces”, said the Council of Europe Commissioner for Human Rights on the eve of the International Day of Commemoration in memory of the victims of the Holocaust.

Remembering is one of the most important actions we must take to raise awareness and counter hatred, racism, and prejudice. It lies at the core of our duty to protect the truth about the Holocaust, honour the memory of its victims, and prevent future acts of genocide.

It is therefore important that member states review and, if necessary, improve their legislation, policies and practices to make sure that those who deny or distort the Holocaust, online and offline, are held accountable. Member states have a legal and moral imperative to prevent impunity for such manifestations, and to strengthen legal, policy and educational tools to confront hate speech, Holocaust denial and distortion.

As part of this effort, accurate teaching of history is crucial. Member states should continue to develop educational programmes that treat history not as a mere occurrence of the past, but as an active lesson to instil younger generations with democratic and human rights values. They should make use of the positive potential of the Internet and social media platforms to preserve the memory of the Holocaust and counter antisemitism and all forms of racism and intolerance.

As the Holocaust becomes more distant in time, we must remain steadfast in our commitment to remembering this immense tragedy and reject any form of Holocaust denial and distortion. Our duty is to counter it by actively keeping the truth alive.