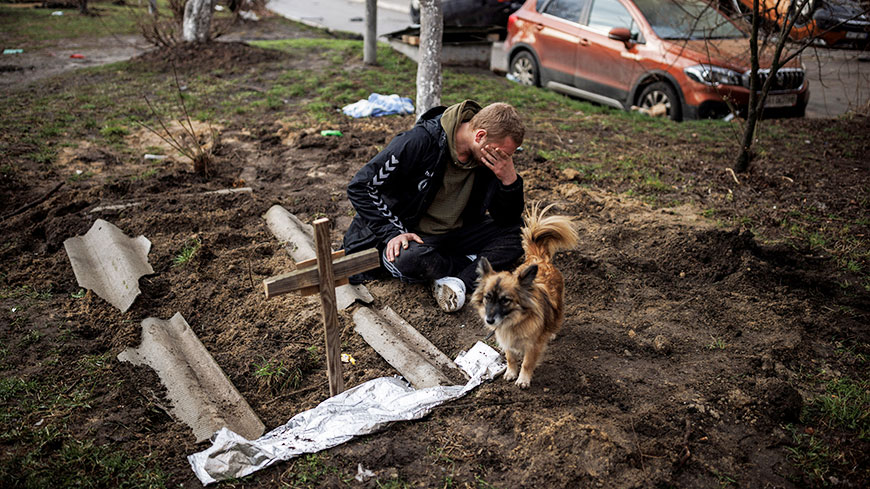 A man mourns next to the grave of his friend in Bucha, Ukraine. 6 April 2022. REUTERS/Alkis Konstantinidis

The images of lifeless bodies of civilians, brutally killed in Bucha, render speechless. They provide a haunting illustration to shocking reports of violations of human rights and breaches of international humanitarian law, such as summary executions, abductions, torture, sexual violence, and attacks against the civilian infrastructures, committed in areas of Ukraine previously under the control of Russian troops.

The terrible acts committed against the civilian populations of Bucha, Borodianka, Trostianets, and many other hitherto peaceful Ukrainian cities and towns left deeply and permanently scarred by the war, may constitute war crimes and must not go unpunished. All of them must be documented and thoroughly investigated, and their perpetrators identified and brought to justice.

As Commissioner for Human Rights of the Council of Europe, I intend to continue supporting coordinated efforts to ensure accountability, including through regular contact with Ukrainian human rights defenders and international counterparts, and as part of my ongoing work in Ukraine.