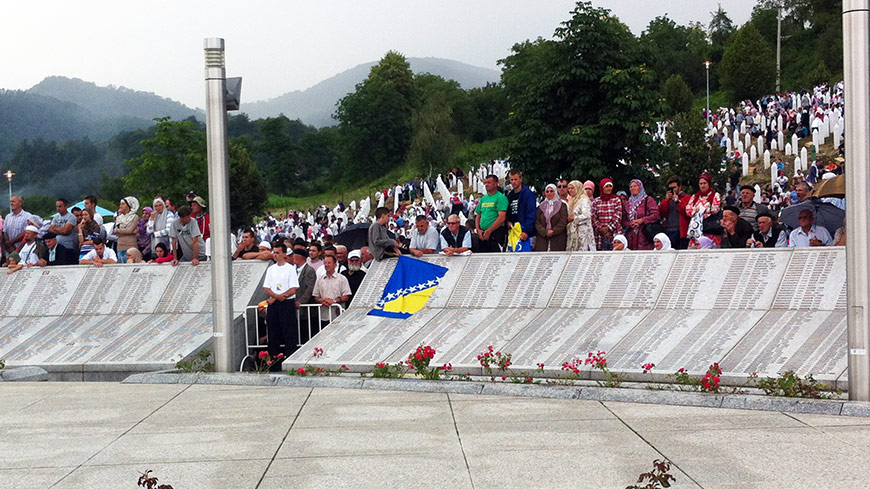 “Today we commemorate the genocide of 8 300 boys and men who were executed in Srebrenica in 1995 in one of the vilest episodes occurred in Europe after WWII. While we pay tribute to those innocent people who were brutally murdered, we should not forget the suffering of the relatives of the victims and the survivors of that genocide.

Each time I met the families of the victims, including during my visit to Bosnia and Herzegovina last month, I was struck by the strength, courage and determination with which they have been seeking truth and justice over the past 22 years. They deserve respect and support.

Unfortunately, their fight has been hijacked by political actors and their dignity has been vilified by public discourse and demonstrations, in particular in the Republika Srpska, where some demean or blatantly deny the Srebrenica genocide or, worse, glorify the perpetrators of war crimes and crimes against humanity. This is outrageous and must not go unpunished.

Instead of cynically toying with human suffering, political leaders and opinion makers should embrace the victims’ need for justice, support, and, above all, recognition.”