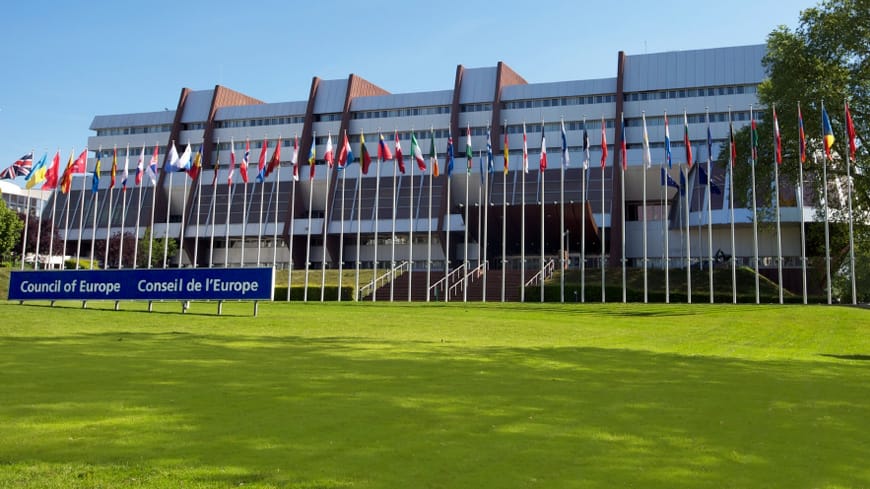 Since the signing of the Treaty of London, the Council of Europe, which emerged from the ruins of the Second World War, has defined its fundamental objectives with a view to countering the totalitarian ideologies that dominated the first half of the 20th century and their corollaries: intolerance, separation, exclusion, hatred and discrimination, referring to the "preservation of human society and civilisation".

The values which the Council of Europe stands for: democracy, human rights and the rule of law, are part of a preventive post-Holocaust effort which guarantees the construction of a European society striving to learn to respect the equal dignity of all, thanks to, among other things, intercultural dialogue.

Since 1954, the European Cultural Convention* has highlighted the importance of teaching the history of all the member States in its European dimension, in order to foster mutual understanding.

It was in the framework of the "Learning and teaching about the history of Europe in the 20th century" project that the Holocaust theme found its place, following the Declaration of the International Forum on the Holocaust, held in Stockholm in 2000. In 2001, the Council of Europe introduced a Day of Remembrance of the Holocaust and for the Prevention of Crimes against Humanity (Recommendation Rec CM (2001)15).

The Holocaust was unprecedented in human history. Hence knowledge of this major element of 20th century history is needed with a view to preventing crimes against humanity.

Until 2010, the project focused on the school environment, more specifically secondary education, with a multidisciplinary approach.

In 2010, the Council of Europe strengthened its political commitment to the inclusion of Roma and Travellers through the adoption of the “Strasbourg Declaration on Roma”3. In line with the strategic orientations agreed by the Ministers’ Deputies at their 1231st meeting on 17 June 20154, the Council of Europe will now focus its action on three major priorities:

The Council of Europe also works towards the integration of curricular elements on the history of Roma and Travellers in school, reaching Roma, Travellers and non-Roma pupils and students alike. The activity includes the production of teaching material, the training of educational professionals and the promotion of the website devoted to the remembrance of Roma victims during WWII. Furthermore, Council of Europe support for the European Parliament’s resolution of 15 April 2015 to declare 2 August the “European Roma Holocaust Memorial Day”.