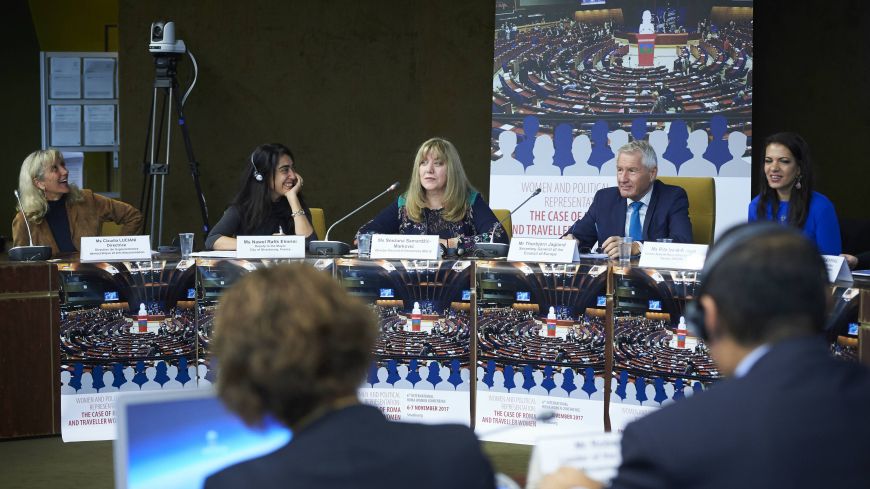 The Sixth International Conference of Roma Women organised by the Council of Europe and the Romanian Government took place in Strasbourg, France on 6-7 November 2017.

Since 2003, the Roma Women’s conferences have provided the opportunity for Roma women to address, on the international stage, the issues affecting their own and their families’ lives. They have also provided a space where Roma women have kept each other informed of issues concerning them and exchanged experiences.

The Sixth International Conference focused on the issue of political participation and aimed at obtaining concrete endorsements of Roma women by mainstream political parties. It examined how to ensure the eligibility of Roma women candidates in local, regional, national and European elections in 2018-2019 through national legislative changes. In that context, it examined existing electoral quota systems for Roma and Travellers1 and how they could be transcribed into the legislation of our member States so as to increase the representation of Roma and Traveller women at all levels of government.

Interpretation at the Conference was provided in English, French, Romani. and Romanian.

[1] The term “Roma and Traveller” used at the Council of Europe refers to Roma, Sinti, Kale and related groups in Europe, including Travellers and the Eastern groups (Dom and Lom), and covers the wide diversity of the groups concerned, including persons who identify themselves as “Gypsies”. The present is an explanatory footnote, not a definition of Roma and/or Travellers.