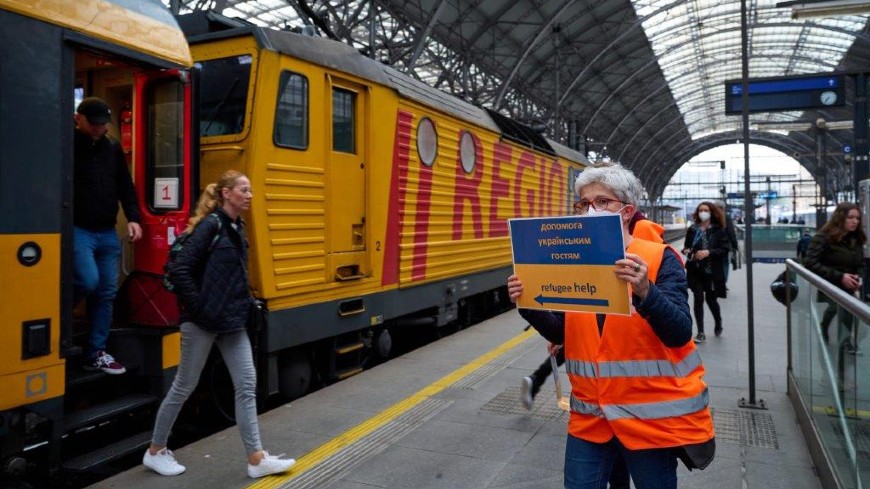 The Special Representative on Migration and Refugees (SRSG), Leyla Kayacik, has emphasised in her report the efficient response of the Czech Republic to an unprecedented situation, resulting in a swift setting-up of well-run registration centres where national, local and non-governmental actors work together closely to provide people fleeing Ukraine with temporary protection.

While the Czech Republic does not have any common border with Ukraine, figures show that it is as impacted by the conflict in Ukraine as the countries directly neighbouring it. At the time of the visit some 323,000 Ukrainian refugees were officially registered and had been granted temporary protection status in the country, from which around 130,000 were minors. This figure represents about 3% of the population, which puts the Czech Republic amongst one of the top destinations for people fleeing Ukraine.

The SRSG praised in her report exemplary efforts shown by the Slovak authorities in co-ordination with civil society organisations, volunteers, the private sector and local authorities to provide those fleeing Ukraine with immediate and basic necessities and other forms of support. In a swift response to the situation, the Slovak Republic declared a state of emergency immediately after the start of the aggression and quickly amended its existing asylum legislation to be able to grant temporary protection status to people fleeing Ukraine at a very early stage, even before a decision by the Council of the EU was adopted.

At the time of the SRSG’s visit, almost 90% of the over 360,000 persons who had fled from Ukraine into the Slovak Republic were women and children. Daily arrivals in the Slovak Republic had decreased relatively compared to the initial figures. Over 72,000 people had been registered and been granted temporary protection in the Slovak Republic. Both countries were confronted with unforeseen and unprecedented challenges and a special attention to the needs of vulnerable people is needed in the mid to long term.

Within the framework of the Action Plan on Protecting Vulnerable Persons in the Context of Migration and Asylum and based on the relevant standards of the Council of Europe, the SRSG offers both countries to develop a more comprehensive and systematic vulnerability assessment procedure for persons with special needs, especially unaccompanied minors. Further support proposed includes assisting the relevant authorities, in close co-operation with other international organisations, in particular with the UNHCR, to fight against trafficking in human beings, to identify victims of sexual exploitation and abuse, including children, to ensure women’s safety in reception facilities and to prevent gender-based violence.

The SRSG also offers the Council of Europe´s expertise to support stakeholders providing psychological or trauma assistance; to facilitate the linguistic inclusion of adults as well as the recognition of qualifications to access the labour market. As regards unaccompanied children, support related to their identification, reception and the appointment of their guardians is also proposed. The Special Representative visited the Slovak Republic on 2-4 May 2022 and the Czech Republic on 4-6 May 2022.