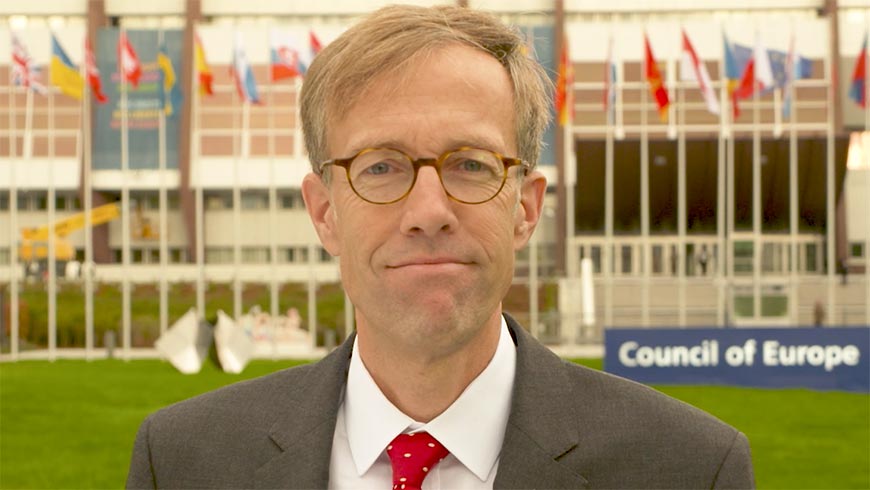 Secretary General Marija Pejčinović Burić has appointed the Council of Europe’s Director of Communications Daniel Höltgen, to the new position of Special Representative on Antisemitic and Anti-Muslim Hatred and Hate Crimes.

Commenting on the appointment, the Secretary General said: “On Friday it will be one year since the deadly antisemitic attack at a Synagogue in Halle, Germany, on the Jewish holiday of Yom Kippur. In February this year, a far-right extremist killed 10 people, several of them with a Muslim background, in Hanau. These are no longer isolated events. We are witnessing an alarming increase in antisemitic and anti-Muslim attacks in many parts of Europe today, often incited and aggravated by hate speech online.

“Like Judaism, Islam is part of today’s Europe. Jews and Muslims should not live in fear of hatred against individuals and their communities. The fight against antisemitic and anti-Muslim hatred and hate crimes is a pan-European task. My Special Representative will work to join forces at the European level and ensure the collective expertise of the Council of Europe is put to full use in our common effort to prevent antisemitic and anti-Muslim acts.”

Freedom from discrimination, including on grounds of religion or belief, has been at the core of the Council of Europe’s mission since its establishment in 1949. The Organisation also maintains a long-standing focus on Holocaust remembrance.

The Secretary General’s Special Representative will liaise with counterparts in the Council of Europe member states, exchange information and best practice with different partners and enhance co-operation towards effective counter strategies at the European level.

The Special Representative will start his new function on 1 November. Daniel Höltgen, who is British and German, will maintain his position as Director of Communications which he has held since 2010. Höltgen previously worked in senior positions in the German government and in EU institutions.

Mandate of the Special Representative