Democracy Here | Democracy Now - reaching out to young people, including in times of crisis 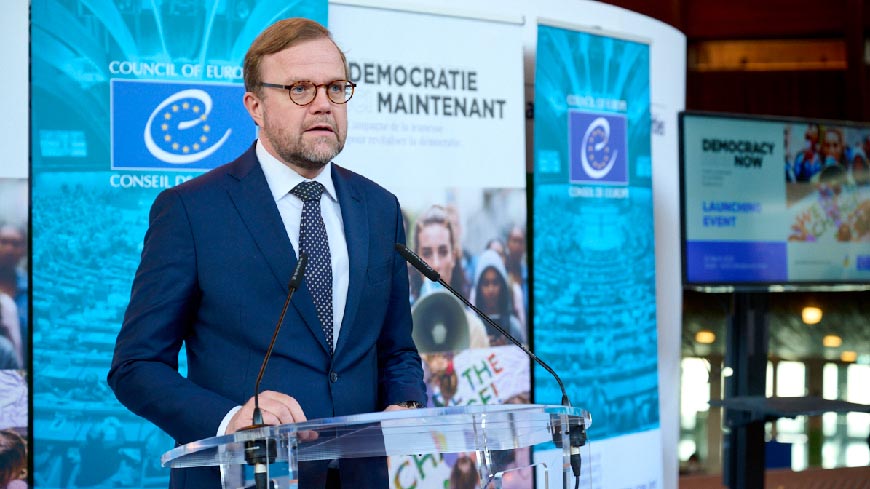 A campaign to revitalise democracy through youth participation Democracy Here | Democracy Now has been launched today at an event organised by the Council of Europe’s Youth Sector, with the support of the Italian Presidency of the Committee of Ministers.

Council of Europe Deputy Secretary General Bjørn Berge, noted that the campaign “could not be more fitting for what we see and experience in Europe today”.

“In these times of a deep crisis in Europe we must reach out to our young people. If we are to stop democratic backsliding, we need young people to take a leading role in the fight back: to co-pilot our future, to share ideas and create opportunities, to play an active, meaningful part in decision-making.”

Berge noted that the Committee of Ministers under its Italian Presidency last week adopted a recommendation on protecting youth civil society and young people and supporting their participation in democratic processes – “a strong signal of our 46 member States’ commitment to civil society”.

Ambassador Michele Giacomelli, Permanent Representative of Italy to the Council of Europe, said: “Rights of minors and youth policies are one of the priorities of our Presidency and we have therefore planned several initiatives around those themes. We also thought we could use the semester to make the Council of Europe better known among younger generations.” He also underlined that Italy would host a Forum for youth on citizenship and human rights education in Turin on 11-14 April.

The campaign, which is rooted in the Council of Europe Youth Strategy 2030, will seek to increase young people’s role in participatory democracy and restore mutual trust between young people and democratic institutions and processes, so that the institutions can respond to modern challenges in the best way possible. As part of the campaign, national contacts points will help shape specific objectives for individual countries. 20 states will take part in this initiative.