European Union and Council of Europe support better co-operation among journalists, police and judiciary in Montenegro 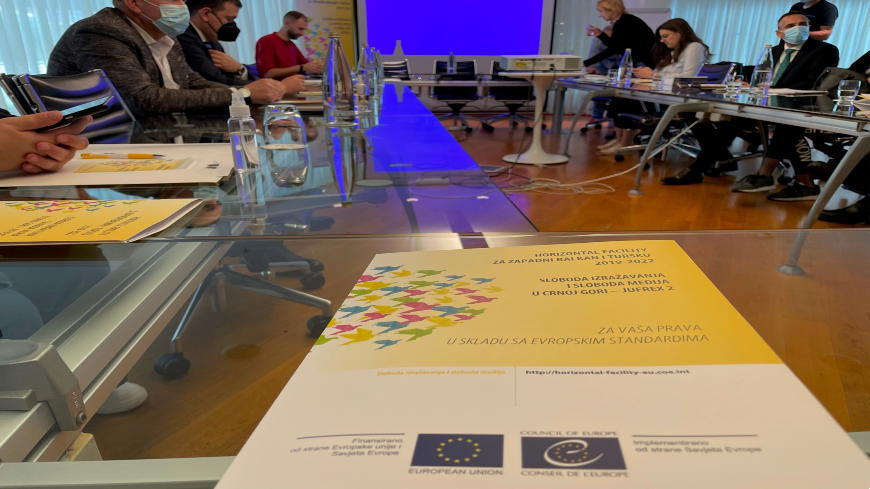 In parallel to the support to ongoing media legislative and policy reforms, the joint European Union and Council of Europe action “Freedom of expression and freedom of the media in Montenegro” (JUFREX) intensified co-operation with media associations. Seminar with the Association of Professional Journalists entitled “Freedom of expression: relations between media and the judiciary” brough together journalists and judicial and police representatives responsible for communication with media. The aim of the event was to improve co-operation and the way the important judicial topics are communicated to the general audience.

The event was structured as the series of presentations made by senior representatives of the Supreme Court, High State Prosecutors’ Office, Constitutional Court, and the Police Directorate, as well as by the legal advisor to the Association of Professional Journalists. The presentations were focused on the communication objectives, routines and obstacles, as well as issues between the journalists and institutional counterparts. Presentations were followed by the interactive discussions, with the aim to resolve the issues and explore the options for the improved co-operation.

In that specific regard, draft Guidelines for communication and exchange of information between journalists, police and judiciary have been developed, based on the presentations and the conclusions of the discussions. In follow up period, these guidelines would be finalised and then disseminated within the journalists’ community and through the judicial and police system, with the long-term objective to evolve into the standard procedure for institutional communication with media.

Action “Freedom of expression and freedom of the media in Montenegro – JUFREX 2” is implemented under the joint European Union and the Council of Europe programme “Horizontal Facility for the Western Balkans and Turkey 2019-2022".