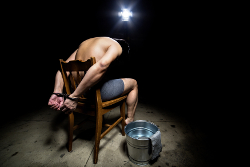 Although recent reports demonstrate a reduction in the number of such incidents, there are still allegations of ill-treatment and complaints received by European and international human rights monitoring mechanisms, citing failures by the states to hold perpetrators of ill-treatment to account, raising concerns about persistent impunity. Therefore, the eradication of ill-treatment committed by law enforcement requires sustained efforts and consistency in implementing the policy of zero tolerance and relevant standards in this regard.

The Council of Europe through its Human Rights National Implementation Division provides support to align national legislative frameworks with European and international standards, including the European Convention on Human Rights and the OPCAT, to establish or strengthen institutional mechanisms to prevent and fight against ill-treatment and impunity (National Preventive Mechanisms, independent investigation mechanisms of allegations of ill-treatment committed by law enforcement bodies etc.), and to enhance the capacity of legal professional to apply the above-mentioned standards in their daily work.

“The former Yugoslav Republic of Macedonia”