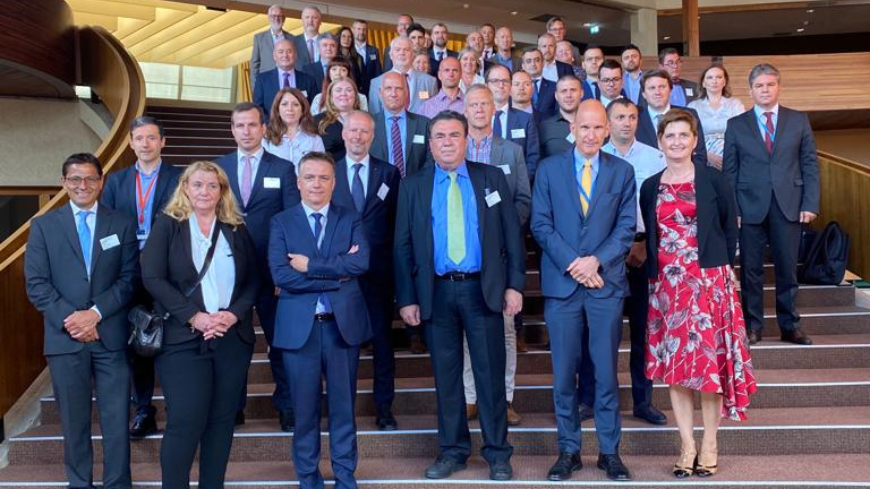 The Council of Europe has launched a network of national police correspondents at a conference entitled "Policing in the digital age, how new technologies can help to better police our modern societies", held in Strasbourg on 28 and 29 June 2022.

The event brought together senior representatives of the Ministries of Interior and Heads of National Police Services of the Member States on the topic of policing in the digital age.

An initiative supported by the Committee of Ministers last May, this network is intended to strengthen technical cooperation between the police forces of the member states and the Council of Europe. It should enable :

The network will also be tasked with preparing and disseminating comparative studies on aspects of policing in the light of the challenges of the 21st century (such as artificial intelligence, cybercrime, digital investigating technologies and managing public assemblies with due regard for human rights).

International police organisations including Europol, Interpol and organisations bringing together police trade unions at European level, will also be invited to contribute to the work of the network.

The police play a crucial role in the Council of Europe member States’ criminal justice systems. Police activities are carried out to a large extent in close contact with the public, and trust in the police is closely linked to their behaviour towards the public, particularly their respect for human dignity and the fundamental rights and freedoms of the individual enshrined in the European Convention of Human Rights.

The European Code of Police Ethics points out that the purpose of the police in a democratic society governed by the rule of law is to maintain public peace and law and order in society, protect and respect the individual’s fundamental rights and freedoms as enshrined, in particular, in the European Convention on Human Rights, prevent and combat crime, detect crime, and provide assistance and service functions to the public.