Co-operation with the International Task Force for the Remembrance of the Holocaust, the Mémorial de la Shoah (Paris), Yad Vashem (Jerusalem), the European Centre of Deported Resistance Members (Struthof camp) is on-going. The Auschwitz-Birkenau Documentation Centre (at the former extermination camp) has been a partner since the very beginning of the project.

In February 2010, Ambassador Tom Vraalsen, the International Cooperation on Holocaust Education, Remembrance and Research Chair under the Chairmanship of Norway, and Thorbjørn Jagland, Secretary General of the Council of Europe, signed a Memorandum of Understanding between the Task Force for International Cooperation on Holocaust Education, Remembrance and Research, or ITF and the Council of Europe. The purpose of the Memorandum is to enhance the cooperation between the two organisations on combating antisemitism, xenophobia, hate crimes and other forms of extremism.  This cooperation aims to raise awareness of the importance of Holocaust education and remembrance in the member States of both the IHRA and the Council of Europe, including coordination of measures to open national archives, encouraging governments to strengthen Holocaust education in their societies and sharing best practices.

* Formerly the Task Force for International Cooperation on Holocaust Education, Remembrance and Research, or ITF 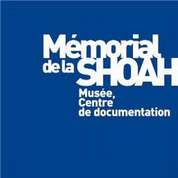 As part of the furtherance of their co-operation, the Council of Europe and the Shoah Memorial signed in 2011 a work programme in order to co-organise in the Memorial premices in Paris, trainings and seminars with goals of acquiring scientific knowledge, applying educational methods and pooling European experiences.

Yad Vashem and the Council of Europe have signed on 29th May 2012 a Memorandum of Understanding to promote Holocaust education throughout the 47 member states of the Council. Avner Shalev, Chairman of Yad Vashem and Thorbjorn Jagland, Secretary General of the Council of Europe signed the agreement at Yad Vashem, Jerusalem (Israel). The memorandum formalizes an ad-hoc relationship going back some 15 years, and encourages new and varied programs to enhance cooperation in the future. Among the items included are exploring the organization of a Holocaust education policy forum at Yad Vashem for educational policy makers, and fostering and developing cooperative relationships between member states and Yad Vashem, particularly those states that do not yet have a relationship with Yad Vashem. This will enhance for greater cooperation in the field of commemoration, research and education, including participation of educators in seminars at Yad Vashem’s International School for Holocaust Studies. 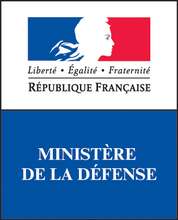 On 23 June 2013, Gabriella Battaini-Dragoni, Deputy Secretary of the Council of Europe, and Kader Arif, French Minister for Veterans, signed a Protocol for co-operation between the French Ministry of Defence and the Council of Europe, which will formalise and enhance the on-going cooperation between the memory sites and more specially the European Centre of Deported Resistance Members on the site of the former Natzweiler-Struthof camp and the programme “Passing on the remembrance of the Holocaust and prevention of crimes against humanity”