The 24 June took place on the territory of the former concentration camp of Natzweiler-Struthof, the national Remembrance ceremony
Natzwiller 09/08/2018 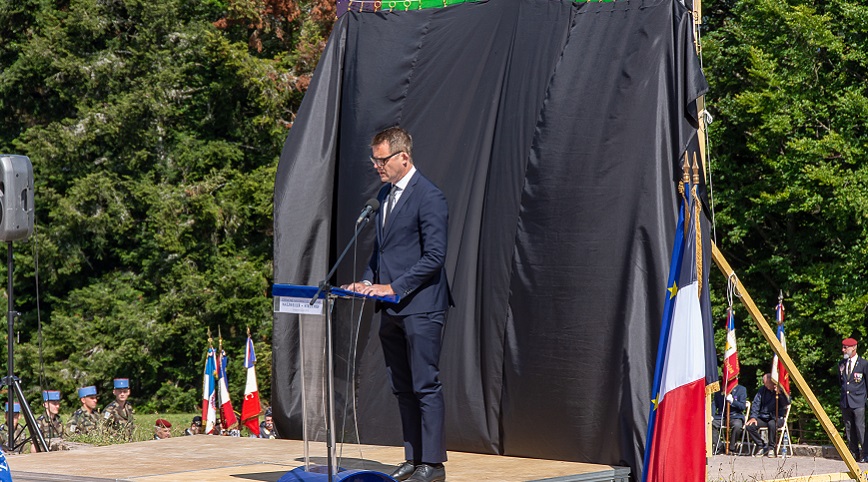 To pay tribute to the prisoners of the Struthof camp, the torchlight vigil is a tradition. The last survivors had taken the lead in the procession. They are today non-elderly. Like 93-year-old Henri Mausson, who arrived at the camp on 20 November 1943: "There was less than 20 ° and fifty centimeters of snow," recalls the old man, who remained in the hell of Struthof until November 1944.

They embody the memory of this recent and painful story. The bullying, the torture, the hunger, the cold and the executions ... they lived all the horror of the camps. They consider that telling all this is their duty. "Our comrades told us, if one day you get out, tell. And when I come here, I tell," says Jean Villeret, 94, former deported.

The Director of Democratic Participation, Matjaž GRUDEN, participated in the commemoration ceremony highlighting the importance of the memory of the Holocaust and deportation for the Council of Europe.  Link to the speech (french only) of Matjaž GRUDEN.