High-level Conference on Strengthening transparency and accountability to ensure integrity: united against corruption 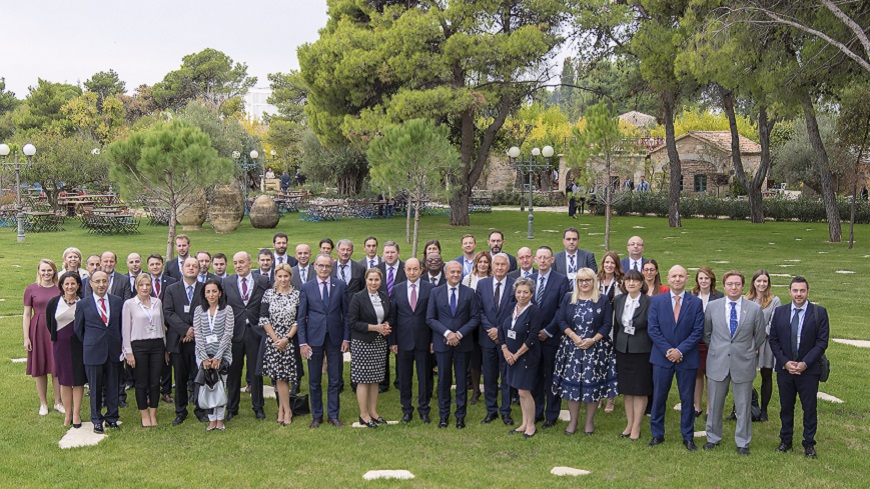 The Croatian Chairmanship of the Committee of Ministers of the Council of Europe, the Group of States against Corruption (GRECO) of the Council of Europe and the Ministry of Justice of Croatia are organising an international conference on 15 and 16 October in Šibenik (Croatia) to discuss ways to strengthen transparency and accountability in the public and private sectors in order to combat corruption.

Held under the theme “Strengthening transparency and accountability to ensure integrity: united against corruption”, the conference also aimed to promote national anti-corruption mechanisms and public transparency. Other topics on the agenda were the role of free media to promote transparency and integrity, and to fight corruption; the ethical responsibilities of journalists; and the risk that states may face when captured by corruption.

The conference has brought together over 250 senior policy makers and experts from different regions of the world– including some 15 ministers of Justice and several Attorney and Prosecutor Generals.

Speakers at the opening included Thorbjørn Jagland, Secretary General of the Council of Europe, Dražen Bošnjaković, Minister of Justice of Croatia, and Marin Mrčela, President of GRECO and Vice-President of the Supreme Court of Croatia.

On the second day of the conference, a Declaration launching an international network of national anti-corruption bodies has been opened for signature. This network, sponsored by the Croatian, French and Italian anti-corruption authorities, will promote the systematic collection, management and exchange of information, intelligence and good practices between national authorities tasked with preventing and fighting corruption.

The working languages of the conference were English, French and Croatian. Simultaneous interpretation has been provided for the whole of the event.