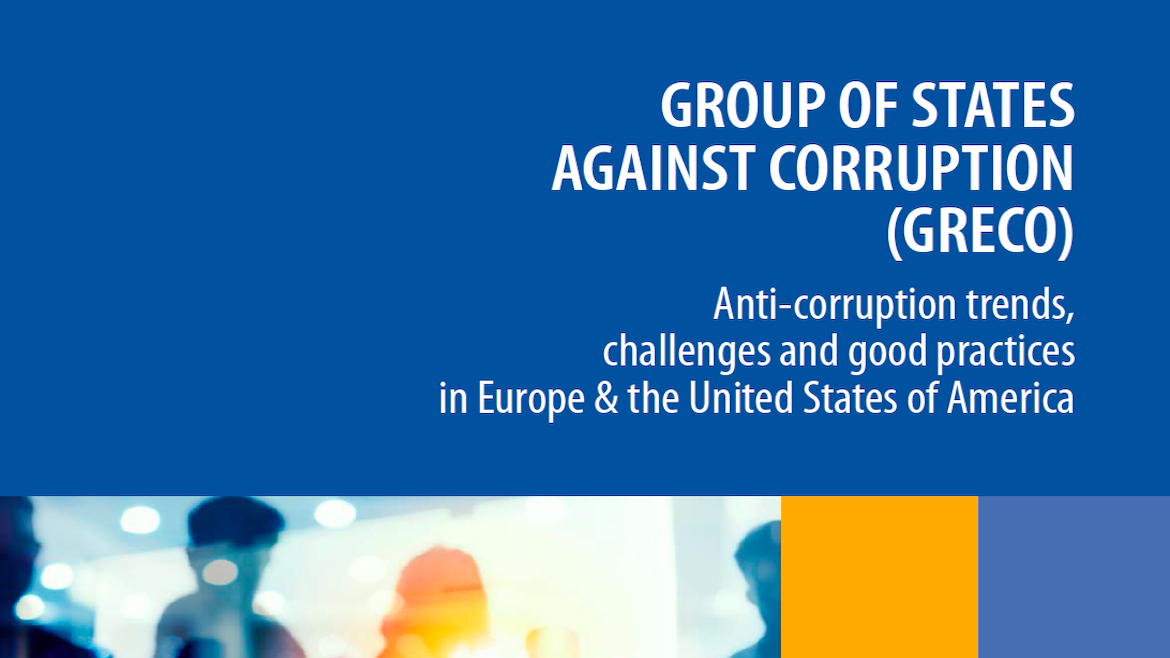 European governments should increase the transparency and the accountability around lobbying to ensure that members of the public know which actors seek to influence political decisions so that the risk of corrupt practices can be reduced, says the Council of Europe’s anti-corruption body GRECO in its annual report, released today.

While acknowledging that lobbying is a legitimate activity that can contribute to the democratic process and well-informed decision-making, GRECO recalls that it is essential that anti-corruption standards are fully respected. This can be by setting up lobbyist registers, indicating if contacts are formal or informal, the identity of the persons who were in contact and the subjects discussed.

GRECO’s president Marin Mrčela said: “Public confidence has been tested to the limit in some cases in recent times as corruption scandals regularly emerge in the media. The public has a right to know who is influencing political decisions. Gaining access to this kind of information should be simple and quick. Governments should adopt detailed rules to prevent corruption risks.”

“In general terms, in 2021 we saw progress in the implementation of GRECO´s recommendations but improvements should be further accelerated, in particular concerning anti-corruption measures in respect of MPs and top executive functions of central governments. In addition, it is crucial that, once reforms are adopted, anti-corruption measures are fully operational and effective”, he added.

The report reviews the measures to prevent corruption taken in GRECO’s member states in 2021 under its 5th evaluation round, which focuses on central governments – including top executive functions - and law enforcement agencies. It also examines the steps taken under GRECO’s 4th evaluation round - which concerns parliamentarians, judges and prosecutors.

By the end of 2021, GRECO had completed the evaluation of 23 states in respect of top executive functions in central governments and law enforcement agencies. The 15 compliance reports published as of 31 December 2021 showed that progress in the implementation of the recommendations was slow: only 18% of the recommendations had been fully implemented, 38% had been partly implemented and 44% remained non-implemented.

At the end of 2021, 13 countries were subject to GRECO’s 4th evaluation round non-compliance procedure: Armenia, Belgium, Bosnia and Herzegovina, Denmark, Germany, Hungary, Republic of Moldova, Poland, Romania, Turkey and Ukraine, as well as Luxembourg and Serbia, which due to new compliance reports published in 2022 are no longer subject to it.

The report features an article by Matthew C. Stephenson, Eli Goldston Professor of Law, Harvard Law School, on the relationship between corruption and human rights.

The Group of States against Corruption (GRECO) is a Council of Europe body that aims to improve the capacity of its members to fight corruption by monitoring their compliance with anti-corruption standards. It helps states to identify deficiencies in national anti-corruption policies, prompting the necessary legislative, institutional and practical reforms.