Beyond domestic violence: how will the ratification of the Istanbul Convention prevent and combat violence against women in Ukraine? 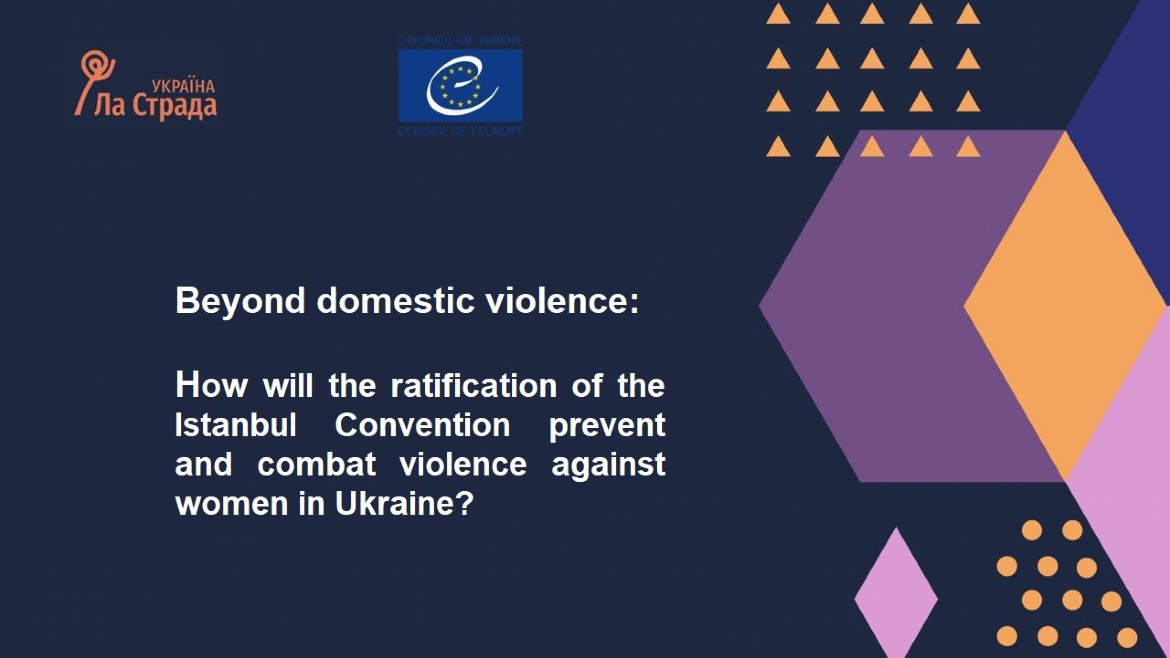 The roundtable is the first in a series, organised with the support of the Council of Europe project “Combating violence against women in Ukraine (COVAW)”.

The 110 participants of the round table discussed the many types of gender-based violence against women specified in the Istanbul Convention, as well as the development of legislation and public policy to prevent and combat those forms of violence in Ukraine. Participants included representatives of government agencies, the Government Commissioner for Gender Policy, representatives of the Prosecutor General's Office of Ukraine, the Criminal Court of Cassation of the Supreme Court, regional and local authorities, territorial communities, regional social protection departments, social and family policy departments, departments of health services, children and family services and representatives of non-governmental organisations, including NGOs representing people with disabilities.

The COVAW project (#CoECOVAW) has provided grants to two Ukrainian NGOs, to raise awareness of Ukrainian authorities and the public concerning both the Istanbul Convention and violence against women.