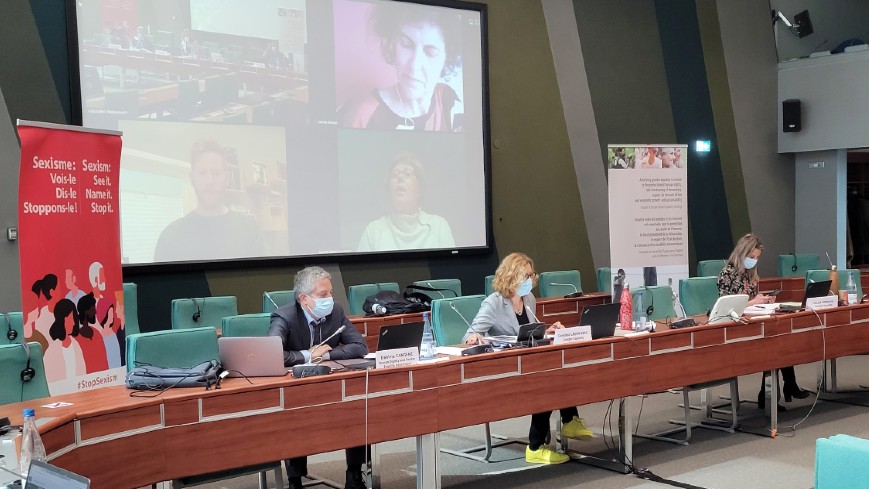 The GEC reviewed the 2020 draft annual report on the implementation of the Gender Equality Strategy, discussed its ongoing activities under the six strategic priorities of the Council of Europe in the field of gender equality, including the preparation of a draft recommendation on migrant women and a mapping study with proposals for future work on the place of men and boys in gender equality policies. The GEC also conducted an annual exchange of views to evaluate its activities and working methods, including proposals for the preparation of its next terms on reference, from 2022 onwards.

Presentations and exchanges with the Director for Equality and Union Citizenship of the European Commission (Irena Moozova), the President of GREVIO (Marceline Naudi), and the Chair of the Working Group on Evaluation of Judicial Systems of CEPEJ (Jasa Vrabec) also took place at this meeting. Finally, the GEC discussed the planned online conference marking the 10th anniversary of the opening for signature of the Istanbul Convention, organised on 11 May 2021 in Berlin, in the framework of the German Presidency of the Committee of Ministers, as well as other events under preparation