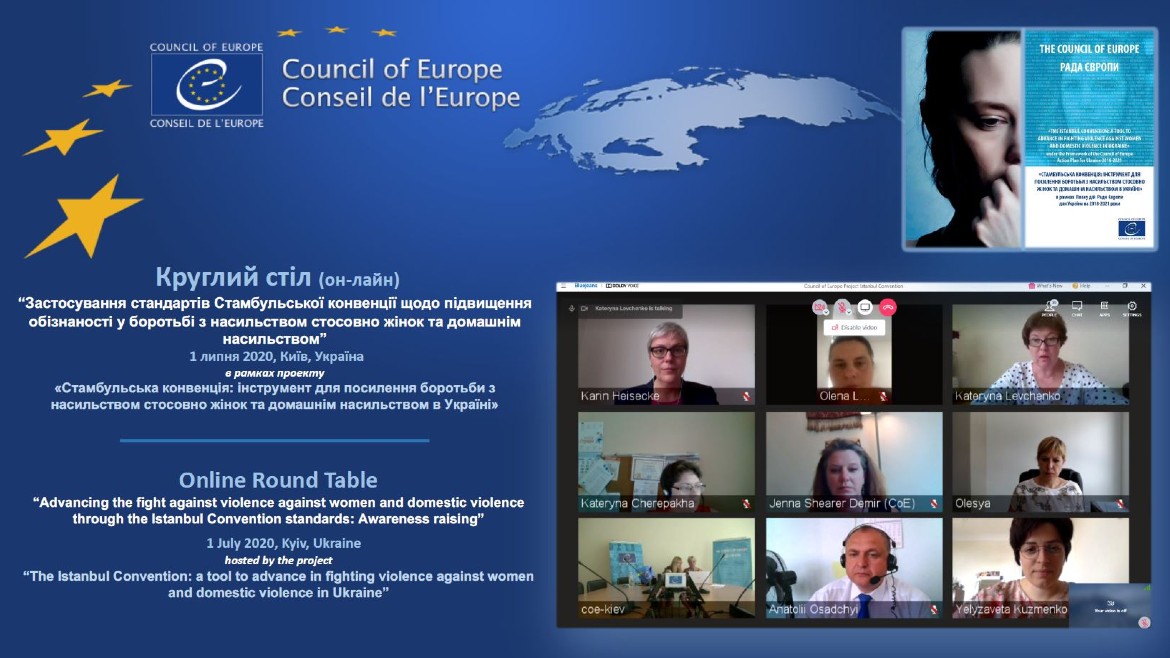 The Roundtable on Awareness Raising is the first of a three-part Roundtable Series on advancing the fight against violence against women and domestic violence through Istanbul Convention standards. The round table took place on 1 July 2020 with 32 participants, including the Government Commissioner for Gender Equality Policy, representatives from the Ministry of Social Policy, Ministry of Internal Affairs, the National Police, civil society, international organizations, national experts as well as the Council of Europe office in Kyiv, and Gender Equality Division.

The participants were also greeted by Kateryna Levchenko, the Government Commissioner for Gender Equality Policy and Anatoliy Osadchyi, the Head of Gender Policy Department, Ministry of Social Policy.

Infographics on the Istanbul Convention

Collection of publications from the current 2018-2020 project

The Awareness Raising Roundtable was provided through the CoE project “The Istanbul Convention: a tool to advance in fighting violence against women and domestic violence in Ukraine”and was funded through the Council of Europe Action Plan for Ukraine 2018-2021.