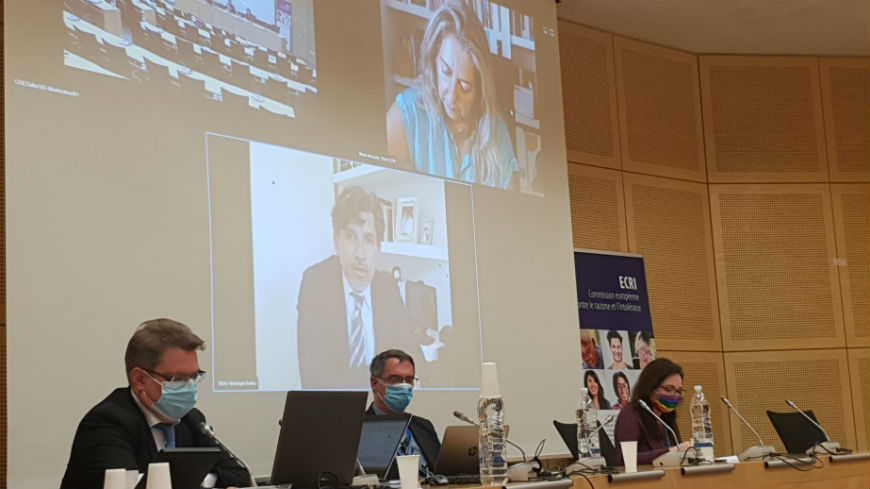 ECRI held its 83rd plenary meeting, which took place from 30 September to 2 October 2020, through videoconferencing.

On 1 October 2020, ECRI held an exchange of views on LGBTI issues with Victor Madrigal-Borloz, United Nations Independent Expert on Protection against violence and discrimination based on sexual orientation and gender identity, Gabriella Calleja, from the European Governmental LGBTI Focal Points Network and Head of the SOGIGESC Unit of the Maltese Ministry of Justice, Equality and Governance, and Evelyne Paradis, Executive Director of the international NGO ILGA-Europe.

During this plenary meeting, ECRI also adopted its preliminary draft sixth-cycle report on Norway and its draft reports on the Czech Republic and on the Slovak Republic. Furthermore, it held another debate on the impact of the Covid-19 pandemic on groups of concern to ECRI.

ECRI’s working group on combating discrimination and intolerance towards Muslims also reported back to the plenary.

Representatives of the Parliamentary Assembly of the Council of Europe, of the Commission of the European Union and the Mexican National Council to Prevent Discrimination (CONAPRED), which have observer status in ECRI, also participated in the meeting.