ECRI Chair to the Council of Europe’s Committee of Ministers: alarm bells are ringing over racism and intolerance 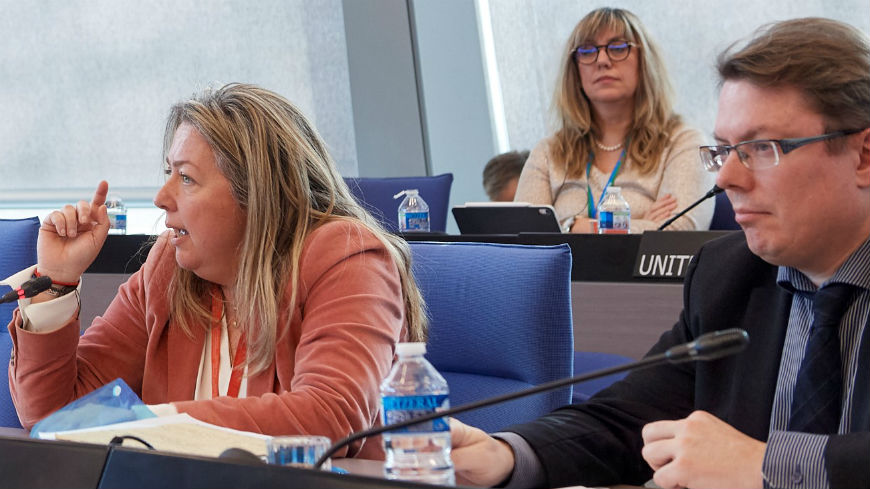 In the context of the publication of the latest annual report drawn up by the European Commission against Racism and Intolerance (ECRI), Ms Maria Daniella Marouda, Chair of ECRI, held an exchange of views with the Committee of Ministers, the Council of Europe’s decision-making organ.

Shortly after her meeting with Ms Marija Pejčinović Burić, Secretary General of the Council of Europe, Ms Marouda shared ECRI’s views with the Committee of Ministers about the alarming situation in Europe. She underlined that ultra-nationalistic, antisemitic and anti-Muslim hate speech and violence were gaining ground in all too many countries. “The xenophobic mass shootings in Hanau in Germany last week demonstrate once again that we not only need to speak urgently about racism and intolerance, but that we also need to be proactive”, she said.

She also reviewed the situation of people of African descent, Roma and Travellers, and LGBTI persons.

In addition, she referred to the first steps taken by ECRI to implement its Roadmap to Effective Equality which was adopted during the 25th anniversary conference organised in Paris on 26-27 September under the French Presidency of the Committee of Ministers.

Finally, she called on states to do more to implement ECRI’s recommendations and to prevent and combat racism and intolerance, at national level and through Council of Europe intergovernmental work. “It is ultimately the responsibility of governments, individually and collectively, to stamp out these scourges”, she concluded.