Strengthen Prevention and Combating of Corruption in Kyrgyz Republic (SPCC-KY)

As recognized in independent country assessments (e.g. OECD, Transparency International, and the World Bank) corruption is a problem in the Kyrgyz Republic. The authorities have echoed the same concerns and have expressed readiness to take measures to address the issue by aligning their legislation and practices with those of Council of Europe member states.

As a result, the Project “Strengthen Prevention and Combating of Corruption in Kyrgyz Republic” (SPCC-KY) aims at supporting the Kyrgyz authorities in this effort by strengthen domestic capacities to prevent and fight corruption, thereby contributing to the development of democracy and the rule of law in the country. The SPCC-KY Project was launched on 29 July 2016 and will last 24 months. It is a joint initiative of the Council of Europe and the European Union, represented by the European Union Delegation to the Kyrgyz Republic. The total project budget is 555,556.00 Euros, with CoE 10% and EU 90% funding contribution. 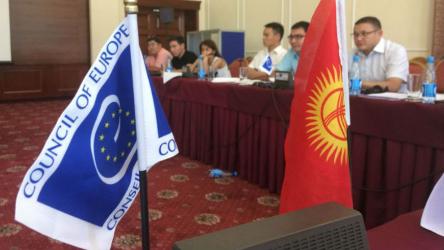 The Joint Council of Europe and European Union Project to Strengthen Prevention and Combatting of Corruption in the Kyrgyz Republic (SPCC KY) was completed on 29 July 2018, after two years of implementation. The partnership developed by the Project with all SPCC KY beneficiaries led to the... 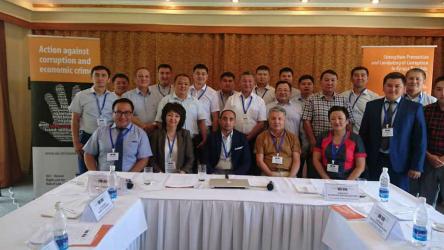 The SPCC-KY Project organised two-day training on 20-21 July 2018 in Issyk Kul, Kyrgyzstan, for a group of prosecutors on the coordination and oversight of financial and anti-corruption investigations. The participants discussed the challenges they face in the process of oversight and... 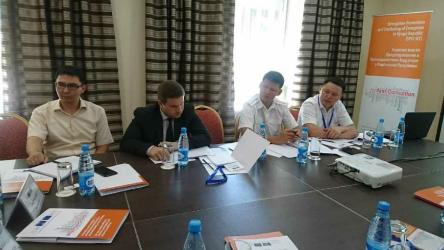 The SPCC-KY Project organised a Round table on 18 July 2018 in Bishkek, Kyrgyzstan, to present the findings and recommendations on the practices, challenges and way forward in the anti-corruption communication efforts of the country. The Round Table was attended by representatives of the Security...