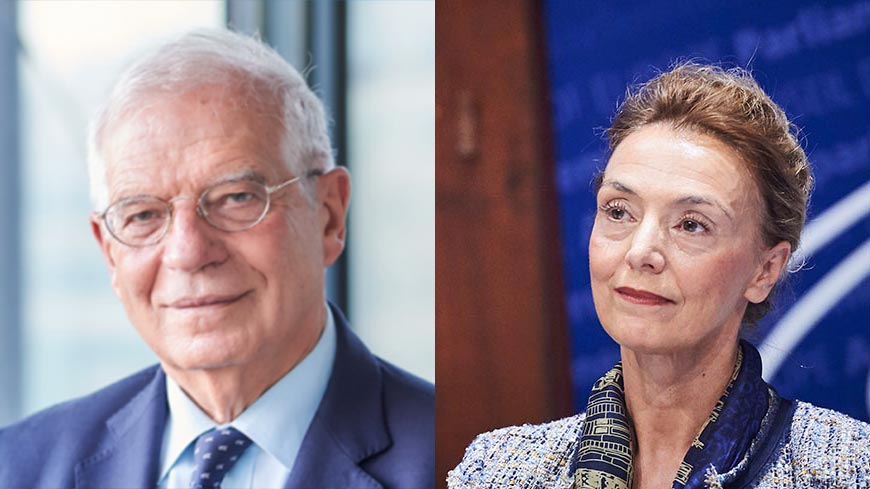 Secretary General Marija Pejčinović Burić has taken part this week in a series of meetings with senior representatives of the European Union. On Monday the Secretary General had a video exchange with the EU High Representative and European Commission Vice-President for External Affairs, Josep Borrell. Among other issues, the meeting covered recent developments in EU neighbouring countries as well as strengthening the Istanbul Convention and increase ratifications.