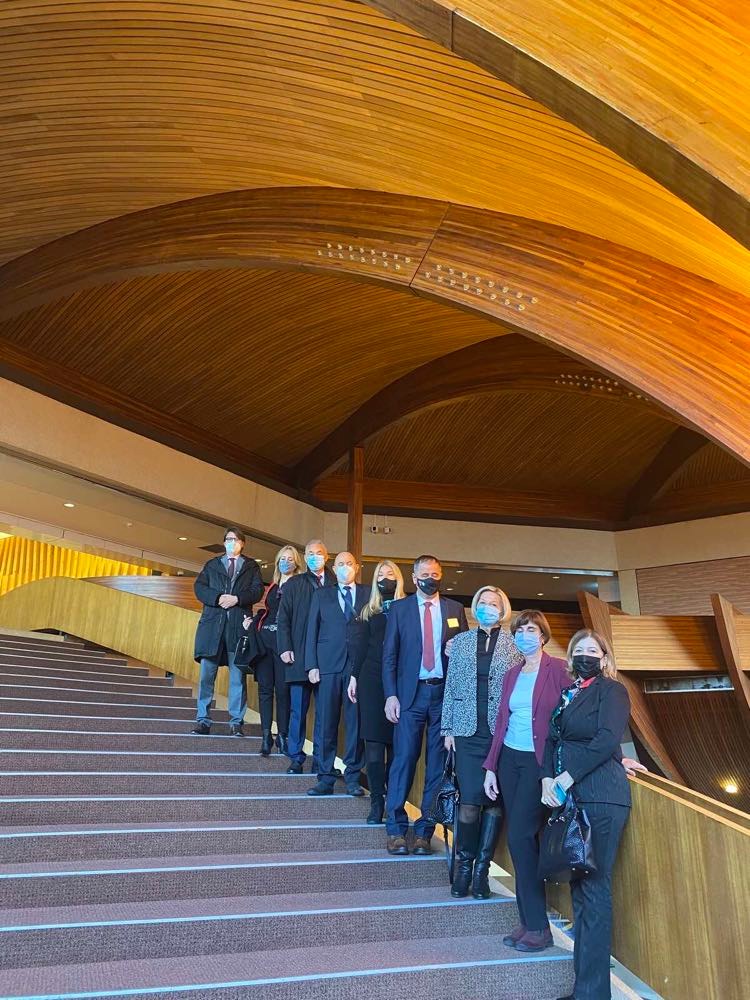 Establishment of an effective and operational permanent mechanism for harmonisation of judicial practice in Bosnia and Herzegovina (BiH) is at the core of the Council of Europe’s interventions in BiH and therefore a three-day study visit was organised for new members of the presidency of the High Judicial and Prosecutorial Council of BiH (HJPC), and the judges of Court of Bosnia and Herzegovina, Supreme Court of Federation of Bosnia and Herzegovina, Supreme Court of Republika Srpska and the Appellate Court of Brcko District to Jurisconsult of the European Court of Human Rights (ECtHR) and the Council of Europe. The purpose of the visit was to share practical knowledge on the use of different tools for the harmonisation of judicial practice.

During the study visit the representatives of BiH judiciary were acquainted with the systematisation of case law at the ECtHR (HUDOC Database); the mandate and the role of the Jurisconsult at the ECtHR, which facilitates the ECtHR in ensuring the consistency of its case-law and the Case Management System and other IT solutions at the ECtHR. Additionally, a reflection on the standard of legal certainty was given by the representatives of the Venice Commission through an elaborated presentation on the Commission’s approach to the legal certainty reflected in the Commission’s Opinion issued in 2012. The mandate and findings expressed in different evaluation reports related to BiH of different Council of Europe bodies were presented. A particular focus was on a new approach of the Consultative Council of European Judges (CCJE) in using cyberjustice and artificial intelligence in the judicial proceedings for improving the quality and efficiency in light of given challenges for the respect of the fundamental principles of the fair trial.

The representatives of the BiH judiciary stated their commitment for ensuring a more coherent application of the law which is an essential pillar in ensuring legal certainty for the people, contributing to a better functioning of and more trust in the judiciary.

the study visit was organised on 23-25 November 2021 and is part of the project "Initiative for legal Certainty and Efficient Judiciary in Bosnia and Herzegovina - Phase II", implemented by the Council of Europe thanks to the voluntary contribution of the Government of Norway.