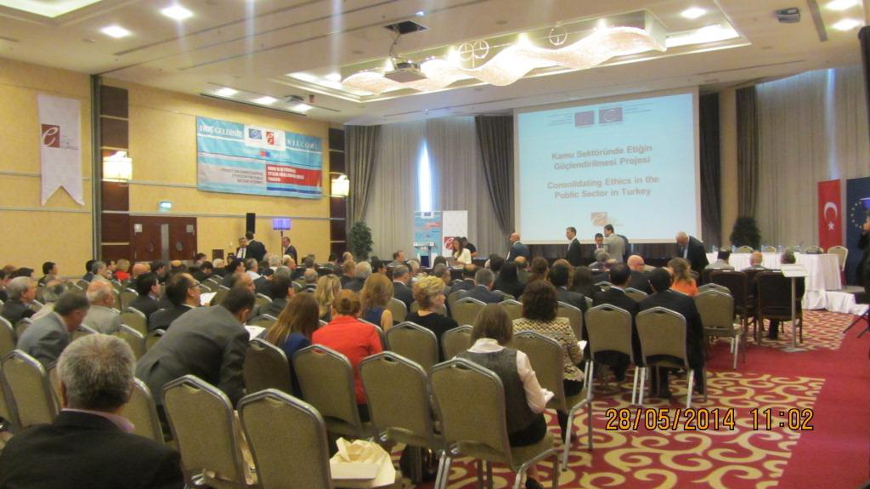 The TYEC 2 project’s implementation started in March 2012 and will end in June 2014. The project has been a follow-up to TYEC 1 (Project on Ethics for the Prevention of Corruption in Turkey) which was implemented between December 2007 and November 2009. TYEC 2 built upon the achievements of TYEC 1 and provided assistance to the Turkish authorities in the field of ethics and anti-corruption taking into account relevant GRECO recommendations and of other international mechanisms. Specifically the project providing assistance to the Council of Ethics for Public Service of Turkey in the effective dissemination and implementation of the Code of Ethics across the public sector in the country.

The Closing Conference was opened by the Chair of the Council of Ethics for the Public Service Prof. Dr. Sedat Murat,and was followed by opening speeches by the Head of Action against Crime Department of Council of Europe Mr Ivan Koedjikov, the Head of the EU Delegation to Turkey Mr Stefano Manservisi, and by the Deputy Prime Minister of Turkey Mr Ali Babacan. Second part of the Conference consisted of the panel presentations and discussions on deliverables and achievements of the project with participation of beneficiary institutions and experts.