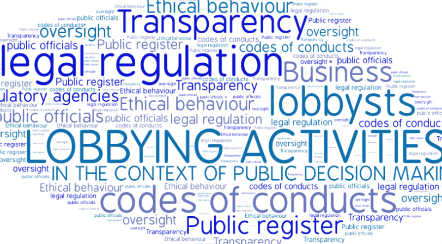 Work on drafting a recommendation on the legal regulation of lobbying activities in the context of public decision-making was undertaken by the European Committee on Legal Co-operation (CDCJ) between May 2015 and September 2016. CDCJ approved the text at its 91st meeting (16-18 November 2016) before submitting it to the Committee of Ministers for adoption. The recommendation (CM/Rec(2017)2) was adopted on 22 March 2017.

Now the CDCJ is working to raise awareness of this recommendation and support its implementation in member states.