Issues on Project “Protection of Human Rights in Biomedicine” Debated 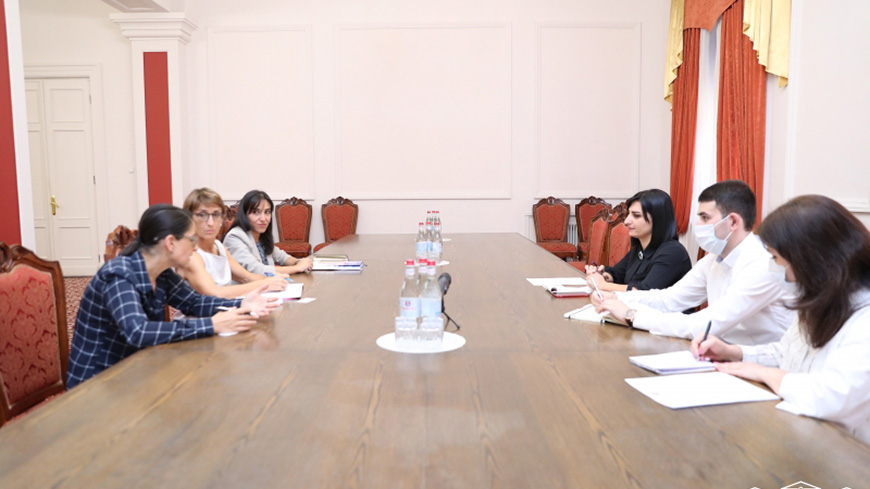 On September 17, the Chair of the RA NA Standing Committee on Protection of Human Rights and Public Affairs Taguhi Tovmasyan met with the Head of Bioethics Unit of the Council of Europe Laurence Lwoff and the Officer of the Protection of Human Rights in Biomedicine project of the Council of Europe Office in Yerevan Meri Katvalyan.

As Laurence Lwoff has presented, the Council of Europe also cooperates with Armenia in the sphere of biomedicine from 2020.

Meri Katvalyan has presented the implemented work, noting that the purpose of the project is to raise awareness related to the basic principles of the European standards, as well as the coordination of those standards and the contribution in the sphere of health legislation.

Taguhi Tovmasyan thanked the guests for providing comprehensive information, highlighting the implementation of the project. She touched upon the problems of the compulsory vaccination, as well as health and rights of the people being in penitentiaries and closed areas.

The sides exchanged thoughts related to the issues on keeping a medical secret and organ transplantation.

An agreement was reached to organize working discussions in the near future.