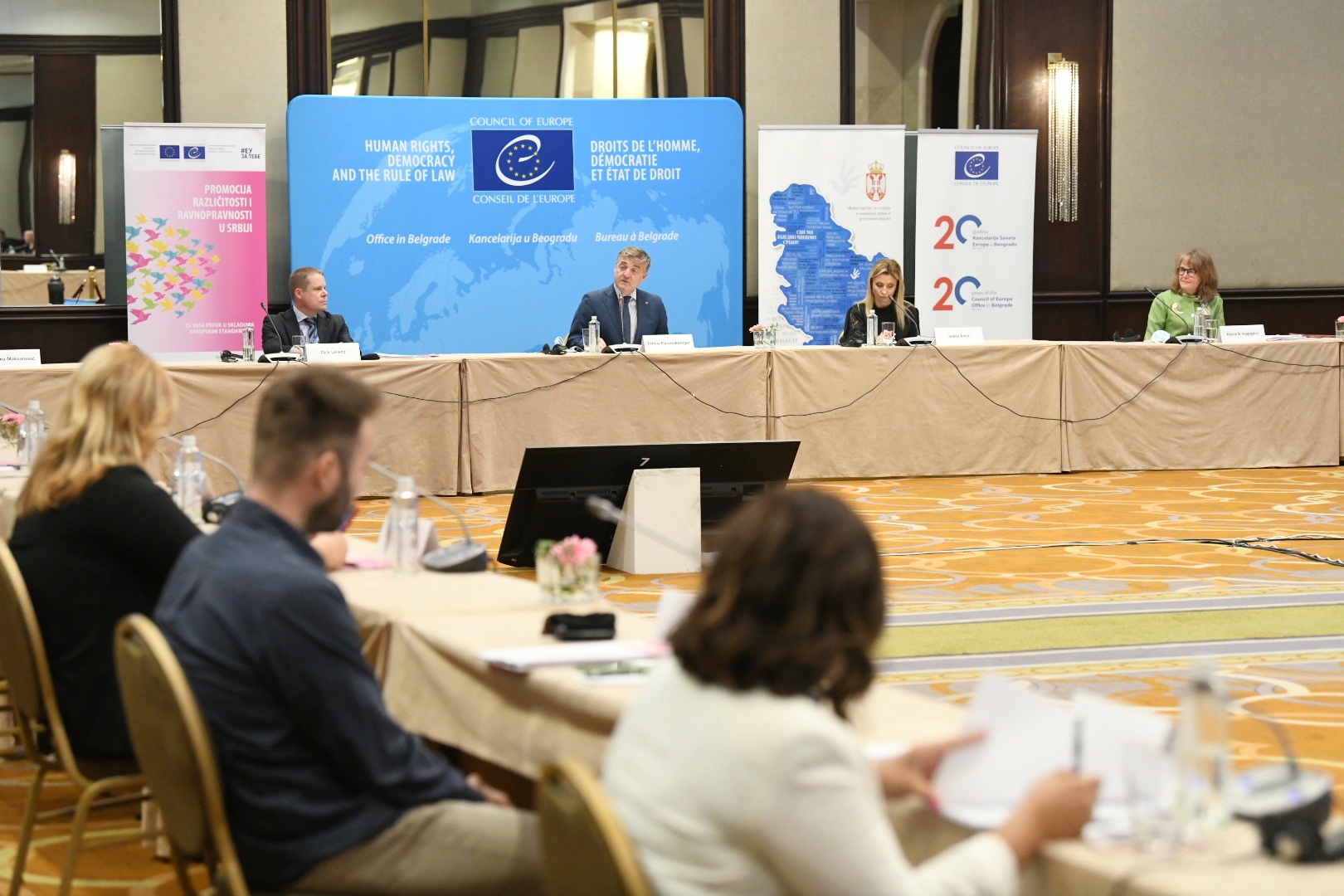 Authorities of Serbia need to intensify their efforts to ensure that the rights of persons belonging to national minorities are properly promoted and implemented. Promotion of a multicultural and intercultural perspective in education, but also effective participation of persons belonging to national minorities are some of the aspects to be further addressed. The European Union and the Council of Europe remain committed partners to the authorities in ensuring that the rights of all people are equally and properly protected in Serbia.

This was underlined during the “Follow-up Seminar on the Implementation of the Framework Convention for the Protection of National Minorities of the Council of Europe by Serbia” held in Belgrade today.

“Developments in Europe in general and in the Balkans have created societies that are rich in ethnic, linguistic and cultural diversity. In the context of this diversity, protection of national minorities is a constant challenge”, said Tobias Flessenkemper, Head of the Council of Europe Office in Belgrade.

“Advancing protection of national minorities has always been on the Council of Europe’s agenda in Serbia and this follow-up meeting on the latest opinion and resolution of the Council of Europe bodies on the implementation of the Framework Convention for the Protection of National Minorities by Serbia allows all representatives of national minorities and the government to take stock of achievements and challenges in Serbia”, concluded Flessenkemper.

"For twenty years, the Republic of Serbia has been a party to the Framework Convention and the recommendations of the Advisory Committee have been considered as the basis for undertaking activities in advancing this area, but also in the process of accession to the European Union”, said Ivana Antić, Assistant Minister for Human and Minority Rights and Social Dialogue of Serbia.

As she noted, Serbia has made an important progress in creating a legislative and institutional framework in the previous period. “We are determined to further improve the position of minority communities in the coming period through thorough implementation of regulations, open and honest dialogue with both the Committee and representatives of national minorities”, added Antić.

Dirk Lorenz, Head of Political Section of the European Union Delegation to Serbia emphasised that respect and protection of the rights of persons belonging to minorities, is one of the EU fundamental values and accordingly, no country can join the EU without guaranteeing respect for human rights, including the rights of persons belonging to minorities. He added that the EU has already invested a million euro in this filed and expressed the hope that the EU will be able to support these important reforms even more in the future, through our joint partnership with the Council of Europe.

Marie B. Hagsgård, Chair of the Advisory Committee on the Framework Convention for the Protection of National Minorities presented recommendations which the Committee of Ministers of the Council of Europe had addressed to Serbia concerning the implementation of the Convention.

Notably, she said that the general curriculum and teaching materials used throughout Serbia should provide knowledge on the history and contribution of the national minorities to the cultural heritage and the society. Interaction between persons from various ethnic groups should be encouraged in order to advance mutual understanding and tolerance, Hagsgård stressed, adding that bilingual education in Serbian and minority languages should be promoted. 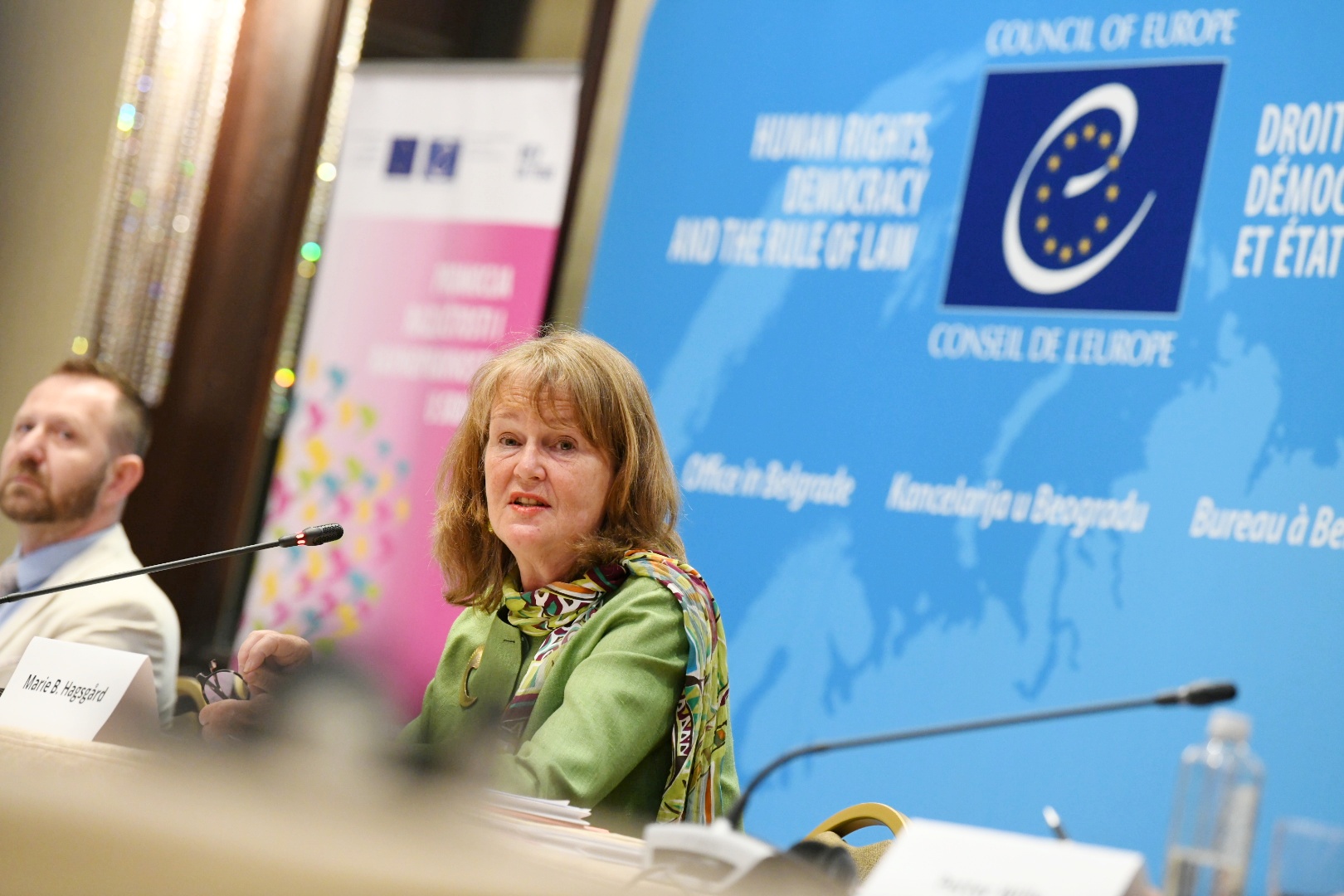 In order to plan and implement effective measures protecting persons belonging to national minorities, Serbia should improve human-rights-based data collection through the census and independent research.

Furthermore, Serbia needs to improve participation of Roma in economic and social life, for example concerning housing, healthcare and employment, and include Roma children in mainstream education, the Council of Europe’s Advisory Committee’s Chair concluded.

The seminar was based on the evaluation and recommendations contained in the Fourth Opinion on Serbia by the Advisory Committee on the Framework Convention (adopted on 26 June 2019). It was organised under the action “Promotion of diversity and equality in Serbia”, that is a part of the joint European Union/Council of Europe programme “Horizontal Facility for the Western Balkans and Turkey 2019-2022”.