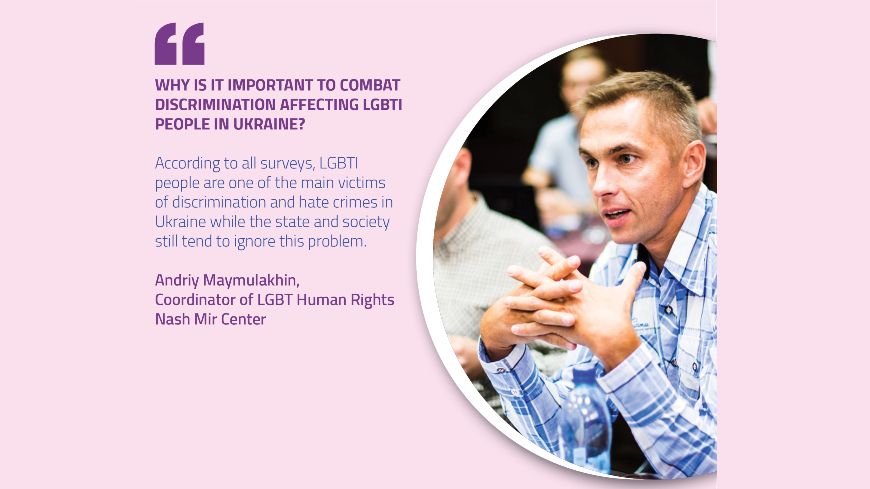 The LGBT Human Rights NGO Nash Mir in Ukraine is implementing until July 2021 a national project aiming at protecting LGBT people against hate crimes in Ukraine, with the support of the European Union/Council of Europe joint programme Partnership for Good Governance, and its regional project “Strengthening access to justice for victims of discrimination, hate speech and hate crimes in the Eastern Partnership”.

The project will first collect information about the potential hate crimes that LGBT people have experiences in Ukraine. Second, the project will submit this data to international organisations, for monitoring purposes, and engage in advocacy actions towards law enforcement agencies in Ukraine. As a second part of the project, the NGO will develop awareness raising video clips for empowering the LGBT community.

This project is one of the five civil society projects supported by the European Union/Council of Europe regional anti-discrimination project, in Armenia, the Republic of Moldova and Ukraine aimed at combating discrimination, favouring inclusion of groups at risk of discrimination, hate speech and hate crimes, and raising awareness among vulnerable communities and the general public about redress to discrimination.