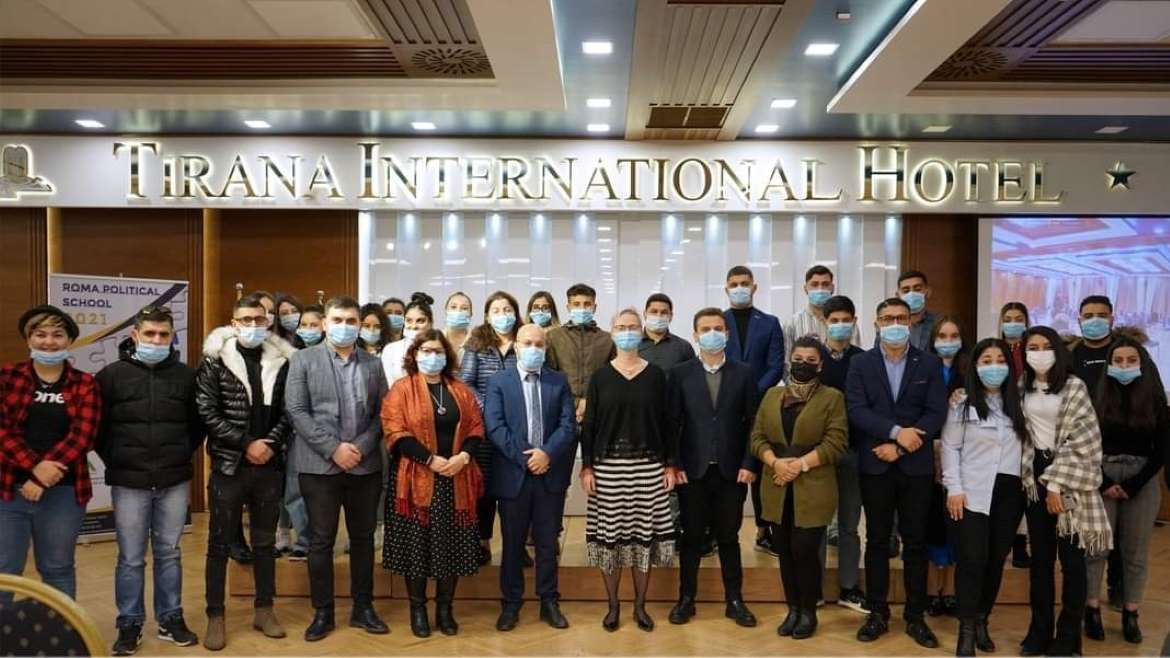 21 Roma and non-Roma young people concluded the first edition of the Roma Political School in Albania, implemented by Roma Versitas and supported by the Council of Europe’s Roma and Travellers Team during 2021 amidst the other political schools in Portugal, Italy, Greece, Spain and Ukraine.

The entire programme of the Political School included six modules of lessons varying from the rule of law and political systems to advocacy and activism as well as political campaigning and elections. The modules were organised into twenty-seven sessions and fifty hours of lecturing by sixteen national and international Roma and non-Roma academics and professionals, with extensive experience and contributions in their respective domains.

Following the obtained political training and mentoring, Roma young graduates will have a stronger political voice for the implementation of the Local Action Plans for the Integration of Roma and Egyptian minorities and Roma responsive budgeting at local level in Albania. They are equipped to run for the local elections and bring Roma voice and issues of interest to the local councils and decision-making processes in Albania, translating local democracy into practice.