Rustavi: Council of Europe together with the municipality of Rustavi starts “Citizens Assembly” organisation 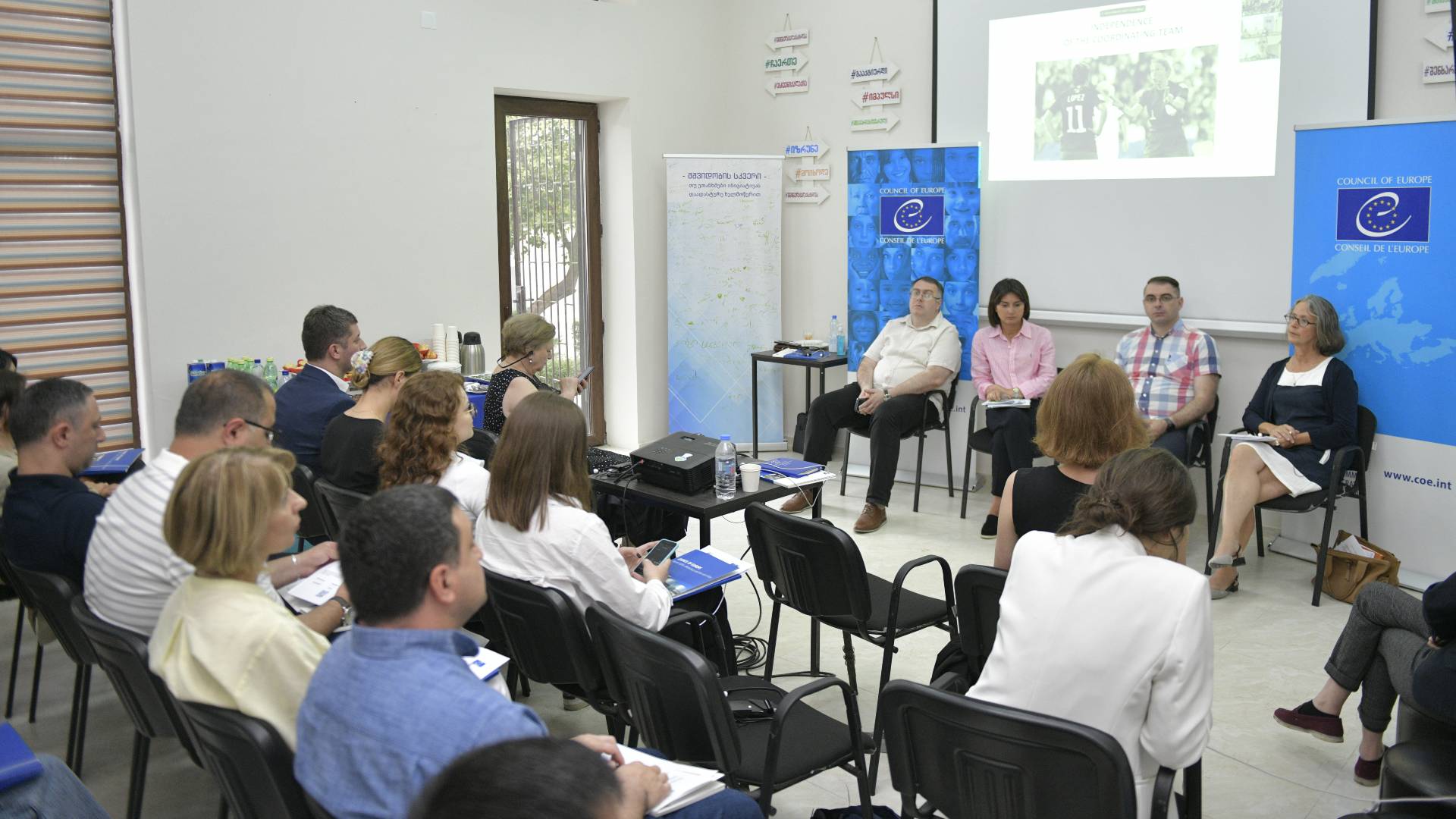 Council of Europe together with the City Hall of Rustavi organised a presentation of “Citizens Assembly” mechanism in Rustavi. The meeting brought together around 30 representatives of the city hall, civil society organisations and citizens to learn about deliberative form of decision-making – ‘Citizens Assembly’.

Ms Nino Latsabidze, Mayor of Rustavi underlined a key role of the citizens in successful implementation of Citizens Assembly in Rustavi. Ms Cornelia Perle, Council of Europe Senior Programme Adviser stressed the importance of the engagement of citizens in political decision-making to strengthen democratic processes at local level. International and local experts, Marcin Gerwin and Koka Kiguradze presented “Citizens Assembly” and addressed questions from the audience.

The Citizen Assembly, presented during the event and developed by the Center for Blue Democracy, proposes a methodology for organizing city assemblies, which allows citizens to be better engaged in decision-making, learn about the topic of consultation from the field experts, and exchange the views of local stakeholders. ‘Citizens Assembly’ can be organised ad hoc when an important issue needs to be settled, but it can also become a standard element of democracy – a way to make decisions in a city or in a country. In the city of Rustavi the methodology will be used to allow citizens to deliberate on topics of interest and make proposals for local authorities in relation to an issue of particular importance in the local community.

Since 2004, citizens’ assemblies have been taking place around the world at the national and local level in Canada, the United Kingdom, Ireland, Australia, France, Belgium, the Netherlands, and Poland, among other countries. For more information about Citizens Assembly methodology, please see a guide.

This event took place in the framework of the project “Strengthening Participatory Democracy and Human Rights at Local Level in Georgia”, implemented by the Congress of Local and Regional Authorities and the Directorate General of Democracy, Division of Elections and Participatory Democracy, within the Council of Europe Action Plan for Georgia 2020-2023 with the financial contribution of the Austrian Development Cooperation.