SOGI Unit at the European Forum on Bioethics dedicated to children 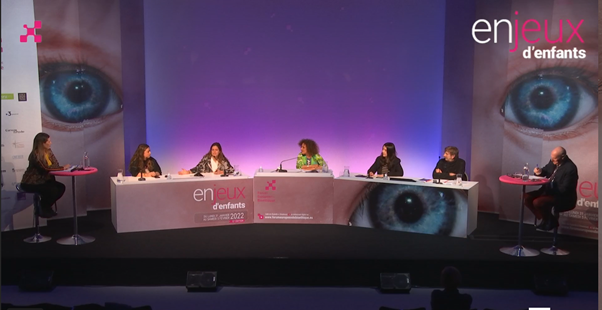 The 12th edition of the European Forum on Bioethics focuses on children’s ethical and societal issues related to bioethics.

The forum runs from 31 January to 5 February 2022 with several workshops on a number of important issues such as: children’s rights, sex and sexuality education, incest, harassment, gender identity, vulnerable children, vaccination, etc.

On 4 February 2022, Eleni Tsetsekou, Head of Sexual Orientation and Gender Identity Unit, took part in the workshop Coming Out! which explored how the coming out is experienced today. The intervention highlighted that LGBTI children and young people still face stigma, discrimination and violence because of their perceived or actual sexual orientation. This can negatively impact educational achievements, can result in high rates of homelessness and social exclusion and leave LGBTI children and young people vulnerable to mental health problems. Furthermore, it highlighted that the lack of inclusiveness of school curricula continue to pose serious challenges.

The Council of Europe has consistently drawn attention to discrimination against LGBTI children and young people on the basis, in particular, of the Committee of Ministers Recommendation CM/Rec(2010)5 on measures to combat discrimination based on sexual orientation or gender identity. This recommendation calls on member States to take actions to ensure the human rights of LGBTI children in schools, particularly in the areas of school curricula.

The Secretary of the Council of Europe Committee of the Parties to the Lanzarote Convention on the Protection of Children against Sexual Exploitation and Sexual Abuse (Lanzarote Committee), Mr Mikaël Poutiers, is also among the speakers of the workshop discussing taboos around the incest (“Le tabou de l’inceste est-il tombé ? parlons-en !”) which will take place on 5 February 2022 from 14:00 to 16:00.

The Forum is live streamed and video recordings of each workshop are available on the dedicated website.