LGBTI-related case assigned to the Grand Chamber of the European Court of Human Rights, the most important judicial formation of the court 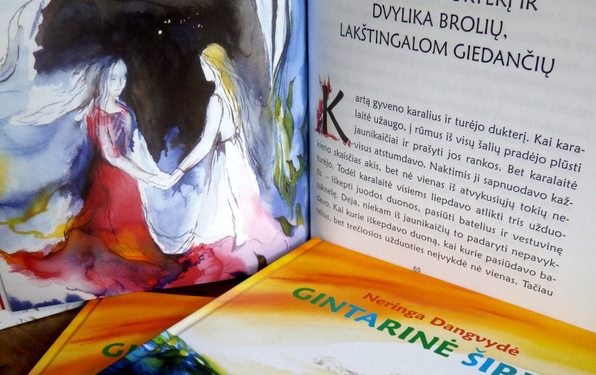 The Chamber of the European Court of Human Rights has relinquished jurisdiction of the case Macatė v. Lithuania relating to an LGBTI fairy tale book deemed "harmful" for children under the age of 14 to the Grand Chamber of the Court. A Grand Chamber hearing is rather exceptional, and concern cases of exceptional legal importance and complexity that raise a serious question affecting the interpretation of the Convention or if there is a risk of inconsistency with a previous judgment of the Court.

Written by an openly lesbian children's author, Neringa Dangvyde Macate, who died last year, the collection of fairy tales entitled ‘Amber Heart’ (Gintarine Sirdis) that includes characters from marginalised social groups and topics such as migration and bullying, aroused the ire of several associations of Lithuanian families when it was published in 2013. They had claimed that some of the stories talked about same-sex couples who got married and lived happily ever after.

The Lithuanian authorities had thus invoked a law on the protection of minors stipulating that any information expressing contempt for family values ​​or promoting a vision of marriage and the creation of a family different from that enshrined in the Constitution or the Civil Code was considered harmful to minors. The publisher of the book, intended for 9-10 year olds, then had to accompany the book with the warning that it could be harmful for children under 14 years of age and terminated its distribution and sales.

The author had lodged an appeal against her publishing house and after 5 years of fighting in courts, it was been dismissed by the Lithuanian courts. In 2019, she therefore filed an application before the European Court of Human Rights relying on Article 10 (freedom of expression) of the European Convention on Human Rights taken alone and in conjunction with Article 14 (prohibition of discrimination), complaining that the book had been labelled as harmful to children for the sole reason that it contained a positive depiction of same-sex relationships.