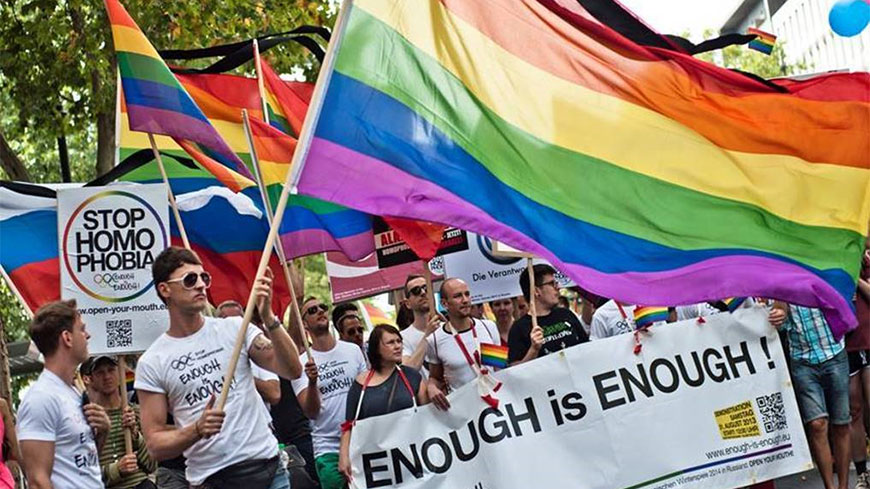 Dunja Mijatović, the Council of Europe Commissioner for Human Rights published a Human Rights Comment on political manipulation of homophobia and transphobia with examples from all over Europe.

The Commissioner affirmed how her office’s work on LGBTI shows that the worrying rise in intolerance of LGBTI people in Europe points to one key cause of the hatred: “some politicians are instrumentalising existing societal prejudices and verbally attacking LGBTI people to achieve political objectives for their own benefit”, which has proven as a convenient way to divert public attention away from government failure to address pressing social issues and rising inequalities.

She is concerned that more politicians across Europe resort to such unacceptable attacks on LGTBI people as they see these tactics work in other countries, propagating narratives by increasingly organised, transnational and well-funded so-called “anti-gender movements”, made-up of religious extremists and ultra-conservative organisations “working to deprive other groups – mainly women and LGBTI people – of their rights”.

The Commissioner called for immediate action to stop this trend which is having a harmful impact on LGBTI persons and urged member states to take measures to ensure that politicians refrain from making derogatory comments and to take positive steps to foster a culture of equal treatment and equality.

“Politicians’ scapegoating of LGBTI people is only a symptom of their more widespread opposition to and assault on human rights and the rule of law”, she said and “ensuring that everyone in society can enjoy [human rights] is the key to cohesive, peaceful societies where everyone can strive. Pitting groups of people against each other breeds tensions, hate and violence – only serving the narrow interests of some unscrupulous politicians.”

“Europe is at a crossroads in the protection and inclusion of LGBTI people. By standing up for LGBTI people, we defend the equal human dignity of all, protect our societies’ wellbeing and the strength of our precious human rights system. Targeting, scapegoating or ignoring one group can ultimately negatively affect us all.”