The joint European Union and Council of Europe action "Preventing and combating trafficking in human beings in Bosnia and Herzegovina" continued the capacity building for health care professionals with a second session on 24 and 25 October, in Igman.

The twenty-eight health care professionals (general practicioners, specialist in emergency medicine, family medicine, gynecology, occupational therapist, psychologist, medical technicians / nurses, social workers, defectologist, speech therapist, head of health centers, and health coordinator of the monitoring team for the fight against human trafficking in the Republic of Srpska), coming from 14 cities in BiH, were welcomed by the State Anti-trafficking Coordinator, Samir Rizvo. He spoke about the state of play of human trafficking in Bosnia and Herzegovina. The participants acquired knowledge about the trafficking offense, and the role and responsibility of health institutions in the prevention and treatment of trafficking cases. They were also enabled to identify victims of trafficking through the application of specific health indicators, and to provide psychosocial and medical assistance to child and adult victims and persons at risk of trafficking.

Trainers - professor Eldan Mujanović from the Faculty of Criminalistic, Criminology and Security Studies from University of Sarajevo; Bojana Jovanović from the Association „Otaharin“, Bijeljina; Meliha Sendić from Center for Women’s Rights, Zenica; and Olga-Lola Ninković, psychologist from Banja Luka District Court, held interactive exchanges and exercices with the group, and increased the awareness about the duty to act and to protect victims of trafficking.

The action „Preventing and Combating Trafficking in Human Beings in Bosnia and Herzegovina“ is implemented under the joint European Union and Council of Europe programme „Horizontal Facility for the Western Balkans and Turkey 2019-2022“. 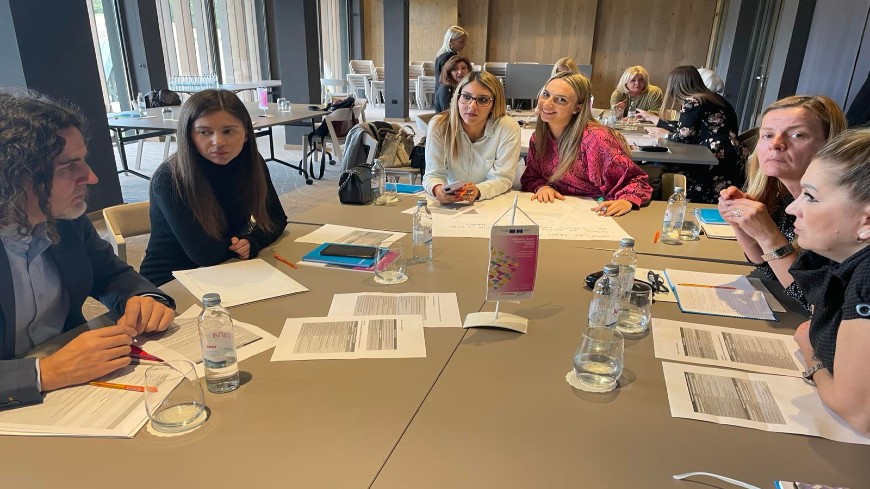