Tatjana ANĐELIĆ, Chair of the Council of Europe Committee of Experts on Roma and Traveller Issues (ADI-ROM), calls for the recognition, preservation and promotion of the Romani language 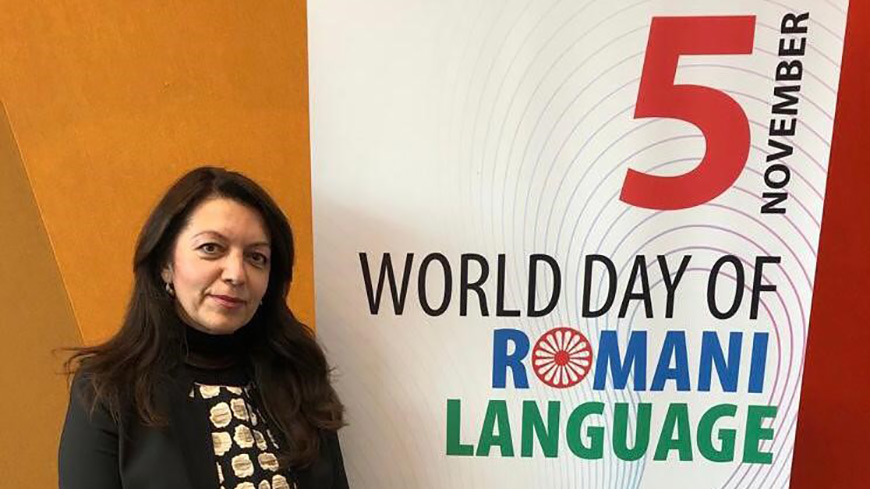 Marking the World Day of Romani Language on 5 November, Ms Tatjana Anđelić, Chair of the Council of Europe Committee of Expert on Roma and Traveller Issues (ADI-ROM), calls for the recognition, preservation and promotion of the Romani language.

“Romani is the language of 10-12 million Roma living in Europe. It is as an integral part of Roma identity and of our common European cultural heritage. Language, culture and history are pillars for preserving the identity of a people. Language is an integral part of a community and should be recognised, preserved and promoted. On our path of mutual understanding and respect, it is in particular the respect for the language, culture, history and values of a people which is of highest importance. In that process, all relevant stakeholders must be included at local and national level – starting with schools, the media, institutions and organisations”- says Tatjana Anđelić.

She recalls that the Council of Europe’s fundamental goals include the fight against discrimination and the promotion of inclusive societies which are respectful of cultural and linguistic diversity. To that end, measures should be taken to ensure that the present generation of Roma children and youth can learn their mother tongue. The Council of Europe supports the promotion of the Romani language and has developed a Curriculum Framework for Romani (CFR) and related resources for policy makers, teaching material developers, teacher trainers, and teachers themselves. The CFR uses the descriptive categories and common reference levels of the Common European Framework of Reference for Languages and in doing so aligns itself with the wider policies that shape the Council of Europe’s work on language education.

She also reminds us of the fact that several years ago, the Council of Europe introduced Romani as a working language in the regular meetings of its intergovernmental committee on Roma and Traveller issues, its biannual Dialogue meetings with Roma and Traveller civil society, and its biennial International Roma Women’s Conferences.

Chair Tatjana Anđelić emphasises that the Committee of Experts on Roma and Traveller Issues (ADI-ROM) stays committed in all its work and activities to the recognition, preservation and promotion of the Romani language.