25-27 March 2019
7th International Roma Women’s Conference “Roma and Traveller Women’s Access to Justice and Rights” co-organised by the Government of Finland and the Council of Europe under the Finnish Presidency of its Committee of Ministers.
Espoo (Finland) 13 March 2019 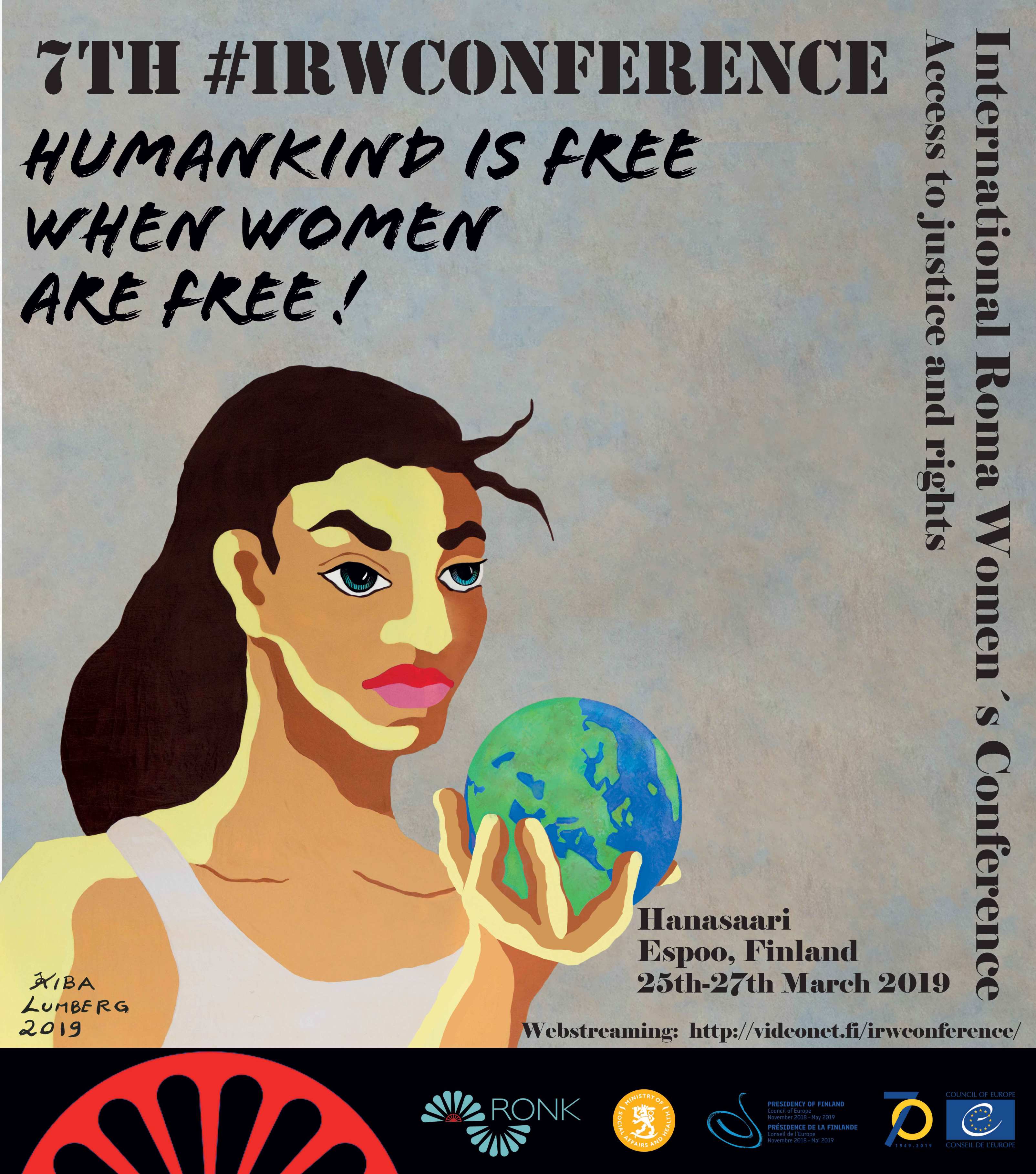 The overall objective of this conference is to recognise the rights of Roma and Traveller women to live their lives freely and to be able to make their own choices without undue pressure from their community, family or the State.

The conference aims to raise awareness about the serious obstacles that Roma and Traveller women face in accessing justice and rights.

It will focus on family life, early/forced marriages, reproductive health and digitalisation. It will also review the achievements of the European Commission/Council of Europe Joint Programme JUSTROM, look at national and international legislation to secure access to justice of vulnerable groups, and identify barriers preventing this legislation to be fully and effectively implemented as well as ways and means of overcoming these obstacles.

The conference will comprise plenary sessions to set the scene and working groups as well as workshops to facilitate more interactive and in-depth discussions on core topics.

Video links to the Conference