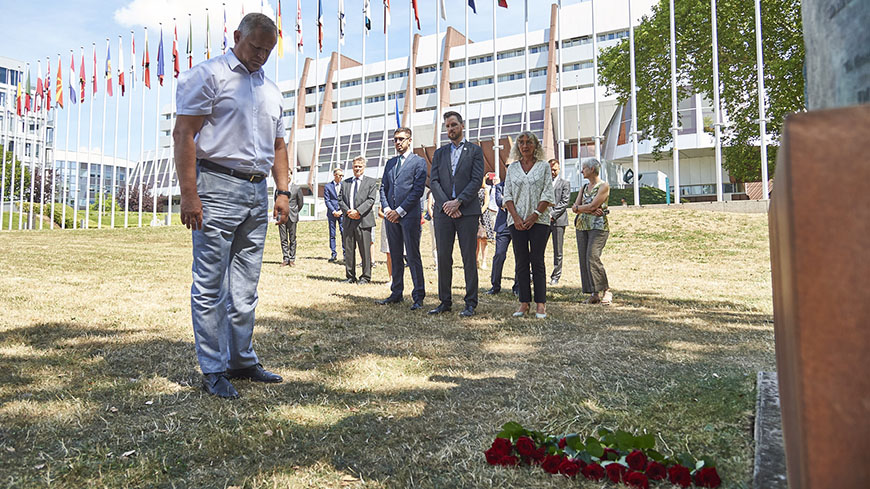 At midday today, Council of Europe staff, representatives of Diplomatic missions, Roma activists and the general public gathered to commemorate the European Roma Holocaust Memorial Day. On this day in 1944, over 3 000 Roma men, women and children were exterminated in gas chamber V of the "Zigeunerlager BIII" at Auschwitz-Birkenau.

The participants laid roses g by the “Human Rights” sculpture in front of the Palais de l’Europe building, and took a minute of silence to pay tribute to all the victims who lost their life in this unspeakable act.

Speeches from the commemorative event: