The expulsion of Russia from the Council of Europe was inevitable, Di Maio tells PACE 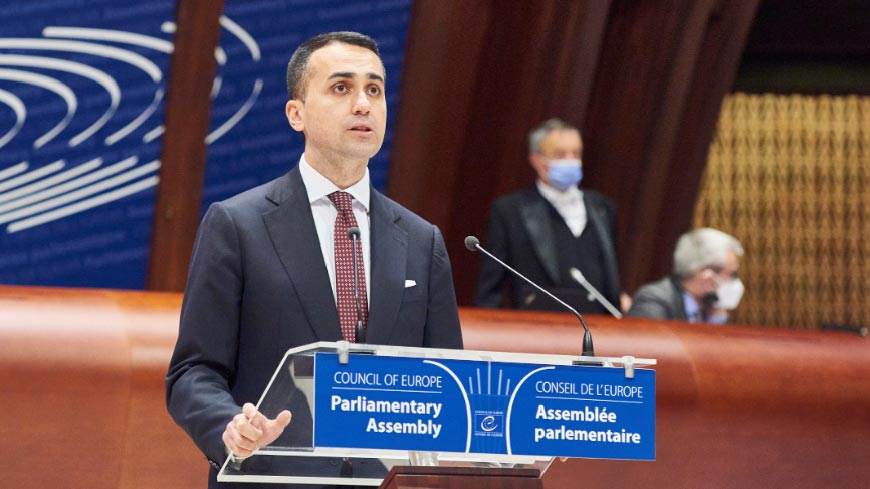 “The expulsion of the Russian Federation from the Council of Europe was made inevitable by the atrocity of the crimes committed in Ukraine. Not only has Russia illegally and unjustifiably invaded another Member State, but it has continued its aggression in open violation of human rights and the rules of international humanitarian law”, declared Italian Minister of Foreign Affairs and International Co-operation Luigi Di Maio, while addressing the Parliamentary Assembly of the Council of Europe (PACE).

In the conclusion of his speech, he stressed the importance of the Ministerial Conference in Turin on 20 May that will mark the end of the Italian Presidency: “In Turin, we will be called upon, first and foremost, to reconfirm our commitment to the central role of the Council of Europe - its principles, values and tools - in promoting human rights, democracy and the rule of law in the context of the European institutional architecture”. The Minister’s speech was followed by a lively question and answer session.

During his visit to Strasbourg, Minister Di Maio, exchanged views with Secretary General Marija Pejčinović Burić and President of the Parliamentary Assembly Tiny Kox. He also took part in a ceremony to present a gift from Italy to the Council of Europe: a marble bust depicting the jurist Cesare Beccaria.