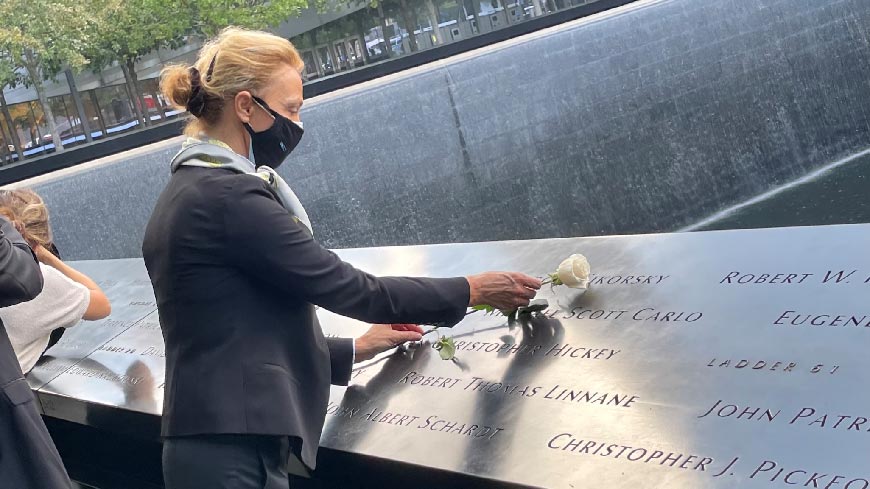 Her participation includes a series of bilateral meetings with foreign ministers from a number of countries. Prior to this the Secretary General attended a special ceremony to pay tribute to the victims of the 9/11 terrorist attacks.

Organised by the UN and held at the city’s 9/11 Memorial and Museum, the ceremony marked the 20th anniversary of the attacks, which claimed the lives of nearly 3,000 people from more 90 countries. The event was attended by more than 300 participants comprising Heads of States, Ministers and Delegations representing more than 120 UN member states and international organisations.